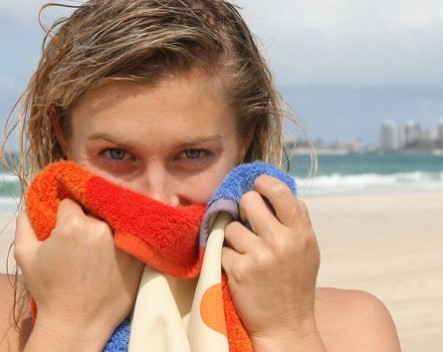 An Australian entrepreneur has produced the world’s first sand-resistant beach towel and now has plans to expand into a full beachwear brand.

The Sandusa beach towel appears to be like any other towel – the only difference being that the underside is made out of nylon fibres constructed in such a way that sand does not easily stick to it.

Brown – who is an avid surfer with a background in civil engineering – told StartupSmart he came up with the idea for the towel after a day at the beach with his girlfriend.

“I was sitting there and watched this guy stand up with a wet sandy towel and shake it and he literally showered these people nearby with sand,” he says. “I thought, ‘How come nobody’s solved this?’”

Brown admits he is far from the stereotypical entrepreneur, but says startups are not just for technology geeks – all you need is passion.

“I wouldn’t say I’m a serial entrepreneur, I just came up with this idea and really believe in it,” he says. “I’ve got some skills in management but I’d never launched a product before. When launching a product and doing website design you just have to learn as you go. You have to wear so many hats.”

When asked what it takes to run a successful crowdfunding campaign, Brown says the trick is to be honest with people and find a way to make them care about your idea.

“The best thing to do is to be open about what you’re doing,” he says. “You also have to put a lot of effort into marketing and branding. It’s one thing to have a really good idea but to put it out there and make it resonate with people is so important.”

Since the crowdfunding campaign, Brown has had to navigate the patenting process and the complexities of dealing with overseas manufacturers. He sent his first order off in July and is now working on getting a new order through for the Christmas period before expanding the product range.

“The thing that crowdfunding is great for is launching a product because you get to test the market,” he says. “But afterwards is when the circus really starts.”