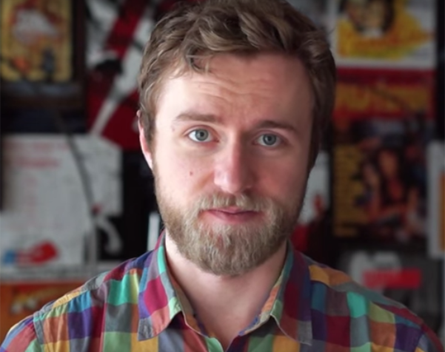 Working as a mental health outreach worker for two years, David Bakker regularly encountered people who wanted to find ways to improve how they felt, but didn’t really know how to go about it.

“If you go to Google and type in ‘I’m anxious, what should I do?’ it’ll give a bewildering array of things that aren’t well defined,” he says.

“That’s really overwhelming for people in that position.”

On a mission to improve moods

Through a quick survey MoodMission will determine how its user is feeling, then offer tailored suggestions aimed to improve their mental health.

These suggestions might include activities like going for a walk, meditating or calling a friend. It gamifies the whole process, providing awards and badges after the user completes a ‘mission’.

“The missions are anything that promotes achievement and returning back to a calmer and happier mood,” Bakker says.

This focus on a gaming-like process is important for encouraging users to actually complete the positive tasks, Bakker says.

“One of the vicious cycles people find themselves in when they’re depressed is they don’t have the motivation to do the things they could find enjoyable and have been found to help,” he says.

“With the app, you can come back and say you did it, and it says ‘yay you did it’ and gives you a reward.”

A firm basis in science

Bakker has been developing the app across the last 18 months as part of his studies and says it has a firm basis in cognitive-behavioural therapy and activities that research has shown to have positive impacts on individuals’ mental health.

It’s certainly not meant to replace professional help, and Bakker says he wants it to act as a supplement of sorts. Important links to helplines and psychologists will also be included in the app.

“No other app available is as informative and transparent about the evidence behind its use,” Bakker says.

As well as being useful for the general community, Bakker says it’ll also be an important asset for people working in the mental health sector.

“This is an app that has a lot of appeal to people in the community,” he says.

“We feel like we have an idea that a lot of people could be really excited about. It’s for psychologists as well. They’re yearning for tools to supply to people for them to go away and do psychotherapeutic stuff themselves.”

After completing the bulk of research for the project, Bakker is now ready to get the app developed. He’s just started a Pozible campaign aiming to raise the $20,000 needed to enlist the help of an app development firm.

After the app is built, it’ll undergo rigorous testing to ensure all information and tips provided are based on research and are accurate.

Hopefully it’ll be available to the public in six months, Bakker says.

The app is part of a push to incorporate mental wellbeing techniques on smartphones, and Bakker says this is an area with a lot of room for growth.

“People are willing and open to using apps for so many other things in life,” he says.

“They’re lost and confused when it comes to helping themselves, so this is a great way to break down the barriers and help some people that wouldn’t normally seek help.”