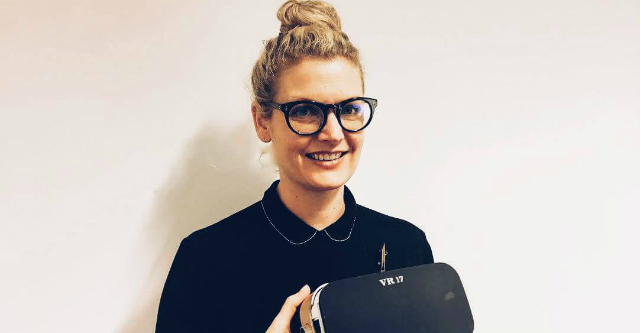 Wellington is set to be home to a national virtual reality centre developing a range of “world-first uses” for VR and augmented reality.

New Zealand entrepreneur Jessica Manins will be spearheading a feasibility for the centre, dubbed ProjectR, with funding from local tech firms.

“My big vision is that New Zealand is recognised as a hub of innovation that’s producing some of the most interesting and innovative products within virtual and augmented reality,” Manins tells StartupSmart.

Manins, who formerly headed Wellington’s tech hub BizDojo and worked on talent platform StarNow for more than a decade, has launched ProjectR as a feasibility project with funding from personal contacts in the space.

“Having spent the last 12 months working within a tech hub I became aware of how important both collaboration within the sector and awareness of opportunities globally in accelerating the growth of company and ideas here,” she says.

With 100 VR and AR meetup groups and its community involved in some of the world’s “most secretive and talked about” developments with Magic Leap, Manins says she wants to build a space to incubate these ideas.

She is working to get an initial site operational this month with the facility to be fully functioning from early 2017.

“I’m pulling together a body of advisors,” Manins says.

“I’m not just looking for New Zealand’s best but the world’s best.”

When complete, ProjectR will feature demo theatres, a startup software suite including tools for app creation, a conference room and desks for up to 30 people.

“I’ve had a few companies approach me including some medical companies,” she says.

“We also have some architecture projects on the cards.”

Manins says there is a great opportunity to apply New Zealand’s burgeoning innovations across a wide range of industries.

“It’s exciting for people to be working in AR and VR and we have the opportunity in New Zealand to be at the forefront of it,” she says.

By bringing together the country’s best minds in this space, Manins says ProjectR will be a breeding centre for innovative products in entertainment, business, medicine, education, architecture, government and more.

She says the centre will also work in collaboration with the tech sector, universities and government to capture digital and tech graduates and connect them with new opportunities, commercialise IP and produce world-class products in VR and AR.