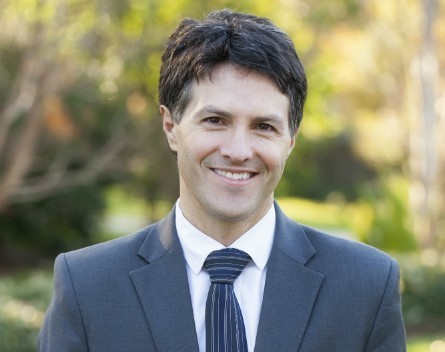 New South Wales minister for innovation Victor Dominello has called for maturity and an end to “schoolyard games” in the national innovation debate following a war of words on Twitter with his Victorian counterpart.

The debate began with a series of tweets from Victorian minister for innovation and trade Philip Dalidakis to mark Dominello’s visit to Melbourne, where he was touring a series of co-working spaces.

“We don’t mind NSW copying [the Victorian government’s] startup strategy. Just don’t expect us to slow down for you to catch up,” Dalidakis tweeted.

Moving beyond the traditional rivalry

But speaking to StartupSmart, Dominello says the innovation and startup sector needs to move beyond traditional city rivalries.

“Competition is so 20th century – in the innovation space particularly collaboration is key.

“If [Dalidakis] wants to play those schoolyard games across the border that’s fine, but first and foremost we’re Australian.

“Where we can collaborate between states is a win-win. That type of leadership is what we need in the innovation space.”

But Dalidakis is making no apologies for the tweets, telling StartupSmart that he’s just doing his job.

“As the Victorian minister for innovation I proudly and unashamedly work night and day so that our startup ecosystem receives the support and nurturing it needs to prosper,” Dalidakis says.

“I make no apologies for our relentless focus on being the most innovative state in Australia as we aim to be the number one tech and startup destination across the Asia-Pacific region.”

Dominello says it’s possible for both states to work together to achieve the best individual and national outcomes.

“I’ll always fight for NSW, but fighting doesn’t necessarily mean you have to defeat your opponent,” Dominello says.

“This discussion requires a level of maturity that extends way beyond state boundaries.”

Sharing innovation ideas across the border

Last year saw the Victorian government make a series of coups in the startup space, mainly focused on enticing large global players to establish regional headquarters in the city.

These included GoPro, Zendesk and Slack, who each received government funding to open an office in the city and create well over 300 tech jobs.

Dominello says he isn’t concerned these companies opted to settle in Melbourne and that it’s important for states to share ideas.

“One of the most endearing features of innovation is the competitive tension between states, but in the mature era that we’re in we’ve got to look at how we can use collaboration to get win-win situations rather than win-lose situations.”

Dalidakis says he would welcome a meeting with his cross-border counterpart.

“We have some of the best talent in the world right here in Victoria,” he says.

“I can understand why the NSW Minister would want to conduct a fact-finding mission but if he is truly genuine about collaboration, he can start by picking up the phone and calling ahead of time.”

In the series of tweets, Dalidakis also cheekily referenced the poaching of Australia’s largest startup conference SydStart, which will be renamed to StartCon and held in Melbourne this year, even offering Dominello a free ticket to the event.