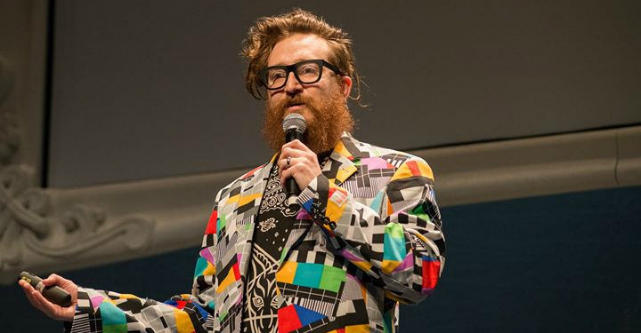 Harper Reed has led a colourful career in digital innovation.

Now leading software development at PayPal, one of the world’s largest e-commerce platforms, the US technologist also served as US President Barack Obama’s CTO during the 2012 election.

And the first thing that comes up when you Google him is that he’s “probably one of the coolest guys ever”.

Across this time, Reed has come to learn just why startups mix so well with big companies, and many of the secrets to true innovation.

Now working as PayPal’s senior director of software development and head of commerce for Braintree, Reed is redefining the way people sell and buy things.

“I don’t know if it’s that I’m a disruptor or if it’s just that I really want things to be better for everyone,” Reed tells StartupSmart.

As startups become big companies, Reed says continuing to be disruptive becomes increasingly challenging – and partnering with other startups can be the solution.

“When you have 50 people and you have a 100,000 customers, it’s easy to appear innovative but when you’re a huge company with millions of customers it’s very complex,” he says.

“PayPal has a done a very good job of finding innovation through acquisition.”

Reed founded Modest with Dylan Richard after more than a decade of development.

“We had almost 15 years each of spending time building the software over and over again,” he says.

And it began because they decided things could be better.

“Our goal is: how do we make it so you can simply buy things,” he says.

“I’d just been showing him what we’d been building for about a year and a half,” Reed says.

Finally, Ready asked if they’d be interested in working together.

Startups and big companies each have their own merits, Reed says.

“I think all startup founders are a little insane because they’re basically saying, ‘you know, these people over here are doing a good job but I can do better’,” he says.

“That combination of startup ideas along with the big company infrastructure is a really good way for success.”

With locked in frameworks around diversity, HR and sustainability, Reed says large companies have limited opportunity to be surprised.

“Making sure people are happy over time, it’s not just ping pong tables,” he says.

“If you start a company with a bunch of 24-year olds at some point those people will end up having a family, maybe someone will have a child, maybe another one will want to get married and move somewhere and if you don’t know how to handle that you’ll lose really good talent,” he says.

“The big companies are pretty good at this stuff.”

The secret to innovation and hiring well

“It’s also literally the kid in Afghanistan who has a little bit of internet on his phone.”

And all these people are on the same internet, he says.

“But we don’t build products with that in mind,” Reed says.

To achieve innovation, those creating products should be representative so they can build solutions with empathy for those people, he says.

“When you have a team of just white men, it’s very difficult to do that appropriately,” he says.

“If everyone agrees on the problem, you’re never going to have innovation.”

It’s a mistake to hire people that are “as good as you”, he says, because it should be about whether they are good enough and will work well with the team.

Reed says he has made an active effort to rewire his mind when hiring people.

“We’re trained to look for people that are like us,” he says.

“We’ve been doing it so long it’s mainstream and we need to break that cycle.”

Doing so doesn’t mean you have to hire down because brilliant talent outside your norm exists, Reed says.

Reed recently hired a young woman into their engineering team who is very talented but doesn’t have a computer science degree or the usual background.

“She doesn’t match the pattern,” he says.

And she turned out to be one of their best engineers.

What Obama taught him about tech innovation

Reed says the biggest lesson he learnt from the Obama for America election campaign was that technology is not always the solution.

“People solve the problem,” he says.

Going in with revolutionary ideas on mobile solutions, Reed soon found that many people haven’t made it into the modern world.

“You come in thinking we’re going to move everything to mobile, everyone has an iPhone and it’s going to be amazing and beautiful,” he says.

“And then you’re humbled because the real answer is that nobody has an iPhone, everything’s on paper.”

Reed and his team built technology to facilitate things like sending letters, calling people on landline phones and knocking on doors.

“All this stuff doesn’t exist in our new world, yet that was the most important technology we did,” he says.

“And you’re really just trying to make it fast and safe.”

It was also one the biggest landslide wins for a US president in nearly 70 years.

But Reed hopes he won’t have to work on another one.

“Politics is a very dark world,” he says.