Paytradie the right tool for the jobs 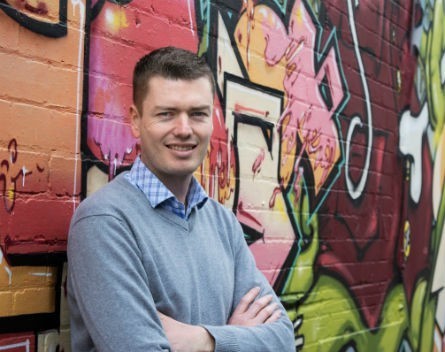 It was a chance encounter at a dinner that led Brendon Ross to want to make life easier for tradies.

He met a tradie that night who described some of the difficulties he faced in his day-to-day life.

“He was really pouring out his pain points about being a tradie and always struggling with cash flow,” Ross says.

“I could see he was passionate about the industry and that the younger guys couldn’t get to grips with cash flows.”

So the Western Australia-based IT consultant decided to quit his job and come up with a solution.

“Hearing the passion in his voice told me there was something there,” Ross says.

“I realised that they need something for mobile that focused on getting the tradies paid as soon as possible.”

The end product, Paytradie, launched in August and is a mobile solution for small business invoicing and payments. It’s targeted directly at tradies and is user-friendly, jargon-free and affordable.

The web app facilitates integration across phones, tablets and computers and forgoes the need for tradies to complete bank forms in order to take credit card payments.

Ross says the aim of the startup is to allow tradies to stay on the job and not waste their time behind a desk.

“Everything is done off the phone, and that’s something tradies already carry around with them,” he says.

“It’s all on mobile. You don’t need a second device. All the competitors, especially the big boys, are all trying to launch a second device which you have to pair with your phone via Bluetooth.”

With the Paytradie platform, tradies can send an invoice on the go, which the client will receive via email or through the app. If they don’t pay the money within a set time, they’ll receive automatic reminder emails with an in-built ‘pay’ button.

Keeping tradies on the job

Once the money is sent, the books are automatically updated and the user will receive an ‘invoice paid’ notification on their phone.

It’s meant to be a way to make things easier for tradies and avoid many of the hassles they regularly encounter, Ross says, so it was important that the price stayed low.

“The other options are too expensive in my opinion,” he says. “I wanted to bring the price point down so it wouldn’t be a pain point for tradies.”

“They’re currently using invoicing via spreadsheets and aren’t paying for that service. So $8 per month isn’t a big jump.”

Investors from within the industry

Paytradie officially launched in August, and received an investment from two people in the industry later that month.

“We had a silent launch in August so we can tweak the system, figure out what’s working and just build it slowly,” he says.

“We structured the investment deal so they’ll help us with traction too. They’ve committed to getting us actual users.”

As the startup is targeted at a very niche market, Ross says on-the-ground demonstrations have been crucial in selling the product.

“My focus is to go small and really look after each and every customer that comes on board,” he says.

“It’s very much a word-of-mouth thing. There’s a social currency behind using a technology that works for them. Tradies really appreciate that.”