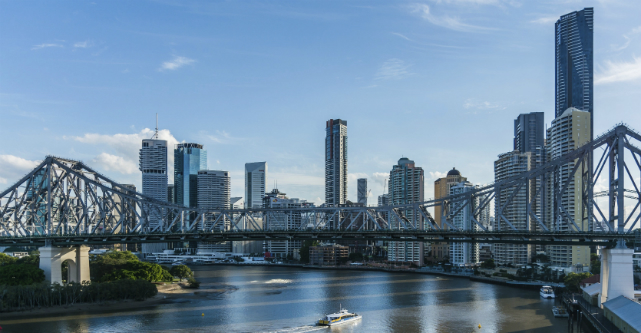 The Queensland government is bolstering its efforts to become a leading innovation destination, announcing several multimillion-dollar innovation-focused initiations including an $8 million program to lure startups from other states and around the world.

Premier Annastacia Palaszczuk announced the raft of new policies at the Advance Queensland Innovation and Investment Summit last week, including a $4 million investment to develop the state’s largest startup hub and a major international innovation festival setting up in Brisbane.

The $8 million Advance Queensland Hot DesQ program will aim to entice successful interstate and international startups to relocate to Queensland, offering funding of up to $100,000 to the companies.

“We will support successful startups and expats with up to $100,000 to base themselves in Queensland for at least six months to pursue their businesses and help grow our entrepreneurial sector,” Palaszczuk said in a statement.

“Queensland is cementing its reputation as the Startup State and regional Queensland can play a big role,” Palaszczuk said.

In addition to emerging entrepreneurs and startups, Hot DesQ is also open to Australian expats and established startups wanting to expand across the Asia-Pacific.

“In the context of a large, structured, mature approach to this, we don’t know the one thing to fix it [so] there’s ten things we’ve got to try,” Baxter tells StartupSmart.

By investing in and launching a series of initiatives instead of just one, he says the government will have a better chance of figuring out what works.

“When you look at governments who are trying to fix a market failure, we don’t have that entrepreneurial-led innovation activity.”

The Queensland government has also sealed a deal with global event company Myriad to host an annual innovation and startup festival in the state.

Palaszczuk said the Myriad event could contribute about $20 million to Queensland’s economy over the next three years.

“I think anything that improves the profile of the companies in Queensland on a global scale helps us attract talent which in my mind is the biggest first order market failure we have to address in Queensland and Australia,” Stead tells StartupSmart.

Stead says the festival will act as a “lightening rod” for recognising and consolidating the ongoing efforts of all those involved in the region’s startup community.

“We saw this occur with the success of the recent innovation summit and an annual start up festival will help reinforce and grow this,” she says.

She says high growth tech companies are predicted to contribute more than $100 billion to the Australian economy and create more than half a million jobs by 2033.

“This Startup Precinct – which will be part of a network of hubs across the state – is one way we can ensure that Queensland increases the number and success rate of our high-growth potential startups,” she says.

Palaszczuk says the Startup Precinct will offer a space where startups, incubators, investors and mentors can collaborate under one roof.