Qwilr a documented success in 41 countries 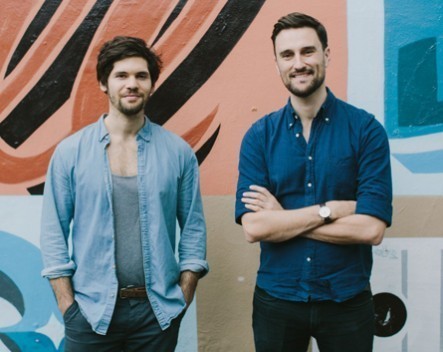 Almost all of the tech tools associated with running a modern business, such as Xero, Salesforce, Gmail and Slack, can be easily integrated with one another.

The notable exceptions are PDFs, Word, and documents created on similar software. It was that realisation that led Sydney startup Qwilr to do some innovating.

Qwilr allows its users to create documents and easily publish them to the web.

This unlocks all of the analytical power that comes with online publishing, and the ability to integrate with other cloud-based business tools.

Qwilr co-founder Mark Tanner says the longer the startup spends working with small and medium businesses, the more obvious it becomes that traditional documents are doing a terrible job.

“When you’re sending out a document, quote proposal or pitch, there’s a weird trade-off,” he says.

“You either take many hours, maybe even five to eight hours of someone’s time making an awesome document for a pitch. Or you can take one hour and it looks terrible.

“With Qwilr we’re hoping you spend less than an hour and it still looks beautiful.”

Qwilr was originally built with freelancers and small teams in mind. The new enterprise focused features mean that businesses can create customisable quotes online and along with a number of payment methods. Potential clients can also agree to proposals thanks to E-Signature functionality.

Integrations with Slack and Xero can notify team members when a document is opened and automatically create invoices when proposals are accepted. There’s also the ability to limit the number of times a document can be opened.

“All of those little bits of intelligence, Qwilr is trying to bring them all together,” Tanner says.

Qwilr’s business-focused plan costs $89 per month and has been the focus of the startup’s product development since closing a $500,000 funding round in May.

“We’ve seen huge growth in both revenue, user numbers, active users and upgrades from free to pro. And hopefully now from pro to business,” Tanner says.

“We’ve got thousands of companies using Qwilr, in 41 countries around the world. Like most cloud-based SaaS (software-as-a-service) businesses we’re focusing on mid-market and SMEs where there are huge inefficiencies around document creation.

“Our main focus is on sales and sales teams and democratising access to the web and web tools. (Allowing users) to make a little webpage that looks awesome on all devices, that has analytics, video iframes, accept buttons, buy buttons and whatever else. It’s a powerful thing.”