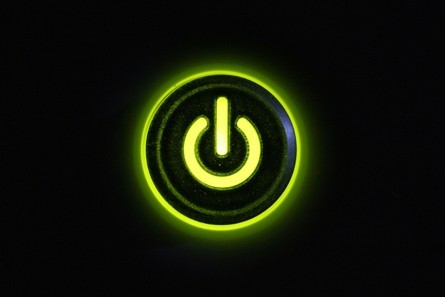 The popular perception of electric vehicles is that it is a pain to keep them powered up.

So imagine a world where the road itself keeps your battery juiced or your driveway starts recharging your car as soon as you park. It is a dream that would not only demand massive infrastructure investment, but which also raises some very fundamental questions about automotive philosophy.

The recent spike in media interest around this technology has opened up a useful debate. We’re getting used to the idea of inductive charging for our phones, so why not for electric vehicles in the road network?

There are already some promising experiments with buses that are charged through induction loops at bus stops, while Rolls-Royce has proposed inductive charging systems built into the owner’s garage.

Other proposals suggest expanding this idea to fit major roads with induction systems along many miles in order to charge any suitably equipped vehicle. Combined with the latest breakthroughs in battery technology, something like a viable alternative for road transport starts to emerge.

Apart from the considerable cost likely to be involved in rolling out this technology, there is a fundamental question of where control over the technology should be located: in the device – in this case the car – or in the infrastructure.

Our focus on individual responsibility means it is natural for us to locate the control over key technologies at that level. However, in most cases, the state will try and increase its power and control, as will private corporations. It is in this context we should see, not just the idea of inductive charging, but other developments towards the autonomous car.

Recent examples of creeping corporate influence can be seen in such things as cloud computing. Cloud storage may be convenient in some cases, but it also gives the provider potential access to a wealth of monetisable data. The fact that the individual user pays for the privilege is even better. In the case of inductive charging, a car may need a less cumbersome battery, but it becomes more dependent on infrastructure that makes it even more trackable and generates more data.

Other, less philosophical issues also arise of course, such as the considerable cost of creating such infrastructure, the disruption to major roads while work takes place and what happens if the technology fails. Then there is the question of who pays for all this: electric vehicle drivers, all road users, or the infrastructure provider who can then gather data?

At its heart, the idea of inductive charging for cars is part of a wider evolution which removes the driver’s input and alienates them. It would move us closer to an autonomous, not just driverless, car.

The few autonomous cars and trucks now running around on an experimental basis in places like California and Nevada have already been involved in a number of minor accidents.

While in most cases these have been blamed on human drivers of other cars, the fact remains that there were incidents. In fact the mixture of self-driving and human driven cars is emerging as a significant issue. Will drivers treat self-driving cars with the same respect in real traffic as they do fellow drivers?

Similarly, it has been found that self-driving cars – required as they are to comply with the strict letter of the law – can struggle in many ordinary traffic situations where humans would use discretion and initiative, such as pulling out into a busy road. Current self-driving cars get stuck in these situations, waiting for a kind human to give them space to pull out.

So if you’re not driving it, or even charging it, what is your role as the “driver” in a self-driving car? This is particularly worrying where the vehicle is not yet fully autonomous, and where it urgently needs human intervention. It takes precious seconds to refocus on whatever danger is ahead on the road.

The implication is that we will have to make a decisive call if this technology is not to get bogged down in the quicksand of reality. Either the human will have to be in full charge, paying constant attention or the machine will be.

Or perhaps inductive charging gives us a glimpse of a world where it is the infrastructure itself that is in full control, discharging the human, and even the vehicle, of any responsibility at all.