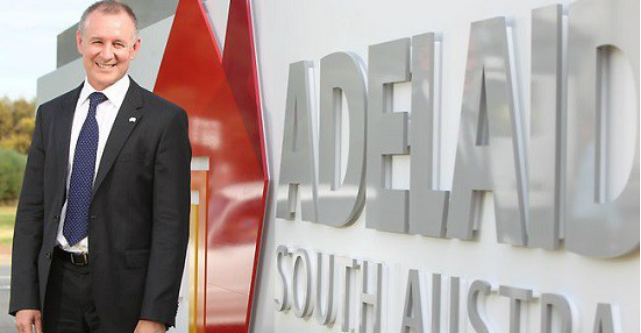 An incubator that aims solve the world’s biggest environmental challenges through high-growth solutions in waste and recycling has launched in Adelaide with $750,000 from the South Australian government.

The program, which will be run by Adelaide’s leading global innovation accelerator Innovyz, will develop 10 new companies with world-changing environmental solutions.

“For the first time ever, the UN is running this program outside of a capital city,” Innovyz chairman Philip Vafiadis tells StartupSmart.

This week, more than 300 distinguished guests including political leaders from 40 countries across the Asia Pacific region flew to Adelaide for the United Nations’ annual regional 3R forum on waste leadership.

At the event, South Australian Premier Jay Weatherill announced the state would back Innovyz.

“Our state is recognised globally for its leadership in waste management including our 1977 container-deposit legislation, action on plastic shopping bags, and landfill bans on e-waste and globe,” he said.

“Our leadership continues as we transition the state’s economy, and companies like Innovyz which commercialise research and innovation through mentoring and business development are a great example of local business backing innovative thinking.”

With ocean waste expected to eclipse marine life in the near future, Vafiadis says it’s critical that innovative solutions, whether they lie in research papers or tiny startups, be brought to the world fast.

“There’ll be more plastic in the ocean by mass than fish – that’s a pretty scary thing,” he says.

Using Innovyz’s unique innovation development model, Vafiadis says applicants to the program can be anyone from entrepreneurs to environmentalists as long as they have a scalable idea that will make an impact.

Even individuals with a raw idea can apply and if selected, Innovyz will put a team together to commercialise it.

“Waste and recycling is one of the most important issues on the planet right now because it relates to everything,” Vafiadis says.

“We’re open to technology that has great impact in this space.”

The program, which kicks off in February 2017, will run over a nine-month period.

Innovyz will provide support and training in product and concept development, strategic mapping, funding, mentoring and pathways to early listings and trade sales.

“We’re looking for things that solve big chunks of this problem,” Vafiadis says.