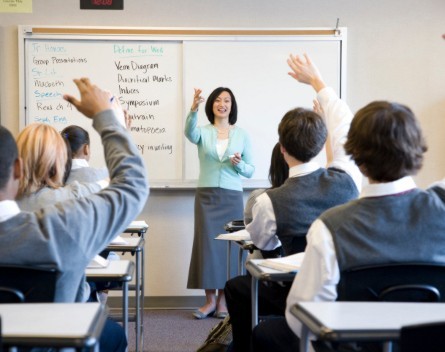 In a statement, School Places CEO Natalie Mactier says she was delighted to have the support of rampersand and Tank Stream Ventures, join cornerstone investor Square Peg Capital.

“This injection of capital will allow us to accelerate School Places’ expansion plans, and we see it as proof of the momentum of our business,” Mactier says.

The idea has broad appeal for both schools and parents, with Square Peg Capital’s David Liberman saying one of the reasons for their investment was the way School Places “solves two market needs in a simple and compelling online model.”

Mactier says there were as many as 35,000 website searches on the company’s official launch day.

She estimates School Places has delivered more than $1 million in school fees to its partner schools, while the parents who have taken up these offers will save a total of almost $200,000 over their lifetime.

“These results are driving additional schools in Victoria to come on board, as well as hundreds of parents to register for alerts when new school vacancies are listed,” she says.

School Places plans to launch mid-year in New South Wales mid-year, before expanding around the country by the end of the year.

The co-founder of rampersand, Paul Naphtali, told StartupSmart they were impressed with both the idea and the early traction.

“Aggregating the available private school places and making them accessible for parents solves a big pain for schools and for parents, so everyone is a winner,” Naphtali says.

“It also has the ability to transcend schools and move into other markets and geographies. We’ve been tracking the team for a while and been really impressed with their quality execution and focus and feel this could be a big Australian tech startups success story.”

Markus Kahlbetzer from Tank Stream Ventures says they invested because they see the education sector as ripe for disruption.

“School Places’ platform solves a critical issue parents face when deciding to send their children to a private school, and we look forward to changing the way parents approach their child’s school placement,” Kahlbetzer says.