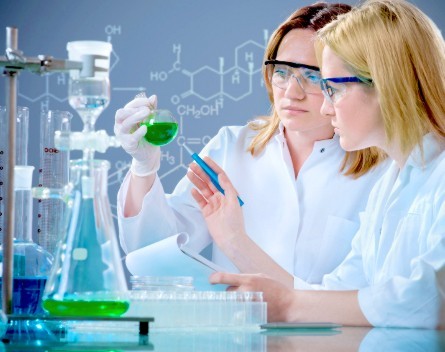 The world’s greatest challenges are being solved by scientists and engineers, not bankers and lawyers, according to the chief executive of Australian fintech startup Tyro.

Speaking at The Sunrise conference in Sydney, serial entrepreneur Jost Stollmann said parents should be encouraging their daughters to get involved in science, technology, engineering and mathematics.

“We all suffer from the fate that too much of the most talented ones follow the old age,” he says.

“It starts with parents. Let’s encourage our daughters that this is the future. They can resolve the big problems of the planet – health, food, environment. It’s a great future there and we’re seeing enrolments in these areas going backwards. That’s totally unacceptable.”

Stollmann says Australia – and Sydney in particular – has a great lifestyle and the nation’s entrepreneurs should be using that to their advantage as he believes people who have a balanced life produce better work.

“Think of Sydney and Australia as a paradise for entrepreneurs,” he says.

“I think you can think this because there are so few. Silicon Valley is a hyper-competitive environment but here you can just build it. Lure people to come here and feel strong about it. This is a paradise to start fintech.”

Stollmann says it is encouraging to see Australia’s startup ecosystem growing. However, he says the country desperately needs to carve out a niche in order to become a world leader.

He says fintech and health tech are two promising areas for Australia, and urged government to have a more active role in shaping the public’s perception of these industries as critical for the economy and job creation.

“If I’m asking the average Australian what do you think this is going to make us a great successful nation in the future, I wish I had some answers,” he says.

“In Germany at the moment one would say we’re going to build our future around manufacturing in the digital century and around the change to carbon free energy. So there are a few subjects where the Germans are convinced they will play a leading role… I wish in Australia they were developing some of those things.”

As for his advice for young, budding entrepreneurs, Stollmann urges people to embrace what he calls the “three Fs”.

“Be fascinated by the opportunities around you, accept failure and bet on some fortune,” he says.