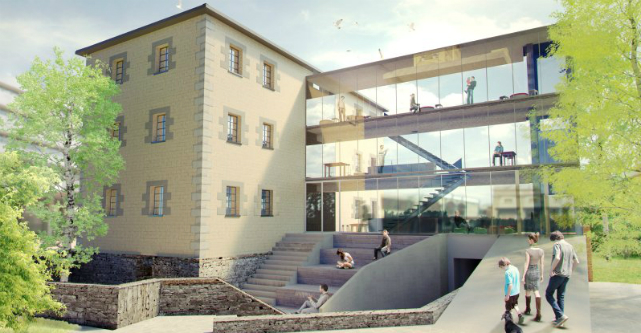 The Tasmanian government has injected half a million dollars into two innovation hubs as the local innovation ecosystem reaches a “tipping point”.

The investment will see the establishment of new startup hubs in Launceston and Hobart, helping to leverage the region’s emerging innovation activity.

Housed in Launceston’s Macquarie House and the old Mercury Building in Hobart, the hubs will create a connection point for local innovators, entrepreneurs and startups to commercialise their ideas through a collaborative design space.

The Hobart hub will be based in the same building as co-working community Factory Floor.

“Rather than going out and replicating what the community has already built, the government is work with us,” Factory Floor co-founder and Startup Tasmania board member Casey Farrell tells StartupSmart.

He says there are a number of co-working spaces in Hobart and Launceston.

“They’ve all been community based with no money involved,” Farrell says.

With educational institutions, government and industry on board, he hopes access to capital will help Tasmania leverage its talent in science, business and tech, which currently operate in clusters around the state.

“With the right programs, the right supports, we’ll be able to build a startup ecosystem in Hobart, Launceston and anywhere in the state that can compete with Melbourne or Sydney on a per capita level,” Farrell says.

The announcement follows the government’s $3 million investment in the Macquarie House Innovation Hub.

Project consultant Richard Celm told the Mercury that the initiative aims to bridge the gap from an idea to commercialisation as Tasmania’s startup ecosystem reaches a “tipping point”.

“The most exciting thing about that is the smartest kids who might otherwise plan to leave Tasmania could be tempted to stay on here if they have a business idea that is starting to gain traction,” Celm told the Mercury.

Proposed fees for the Macquarie House are $50 a day for casual access, $225 per month for part-time membership or $450 per month for full-timers.

Entrepreneurs with more coin to splurge can rent out a private office for $1800 a month.

Industry and government-funded scholarships will be offered to unlock the potential of those limited by socioeconomic circumstances, with the aim to create fairer access towards a diverse and inclusive community of young talent and experienced professionals.

“It’s really about being able to hold up our heads and say it’s a bit smaller here but these are some of the great things that we’re working on,” Farrell says.