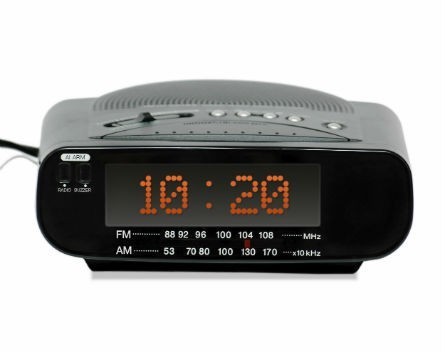 The global tech startup community has rallied behind a 14-year-old boy that was arrested at his school after his homemade clock was mistaken for a bomb.

Ahmed Mohamed is passionate about robotics and inventing, and was excited to show his creation to his teachers.

But instead he was promptly taken in handcuffs to a youth detention centre and interrogated by five police, before being suspended from school – all because of a simple homemade clock.

I expect they will have more to say tomorrow, but Ahmed’s sister asked me to share this photo. A NASA shirt! pic.twitter.com/nR4gt992gB

But Ahmed seems to be getting the last laugh at least, with some of the largest tech startups in the world reaching out to him and offering their support and services, as Tech Crunch reports.

“We love building things at Twitter too. Would you considering interning with us?” the social networking giant tweeted.

“Don’t let this stop your creativity, come hang out at Autodesk and we’ll make something new together,” Carl Bass said.

Also on Ahmed’s to-do list now is a chance to see a Mars rover, a reserved seat at the Google Science Fair, and a trip to meet the president.

Smartwatch manufacturer Pebble took a slightly more snarky approach, asking the local police if they too would be arrested for making clocks, while Box co-founder Aaron Levie upped the competition for Ahmed’s future employment by saying he’s an “enterprise software guy at heart”.

Unsurprisingly Ahmed wants to transfer schools, but fortunately it seems his passion for innovation and invention hasn’t been deterred by this incident.

“Don’t let people change who you are, even if you get consequences for it,” he said.

“Having the skills and ambition to build something cool should lead to applause, not arrest,” he said.