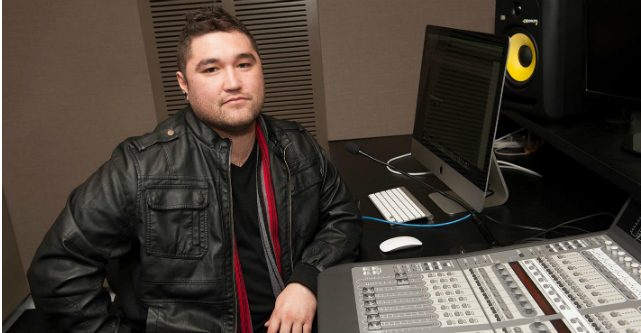 A Melbourne entrepreneur, who grew up in the jungles of Sarawak, is building a startup to save ancestral land around the world from disastrous farming practices.

De Ross and his family are also the custodians of 2000 acres of ancient Borneo land in Malaysia.

Indigenous land like his is being threatened by harmful farming practices which have resulted from landowners, who are unable to live in these remote areas, disconnected as they are from essential urban amenities like jobs and education, relying on “cash crops” to maintain ownership, he says.

Wanting to develop more sustainable solutions for his family’s land, de Ross started wondering what he could do to solve the problem.

“It is a R&D project; it’s looking at how a platform that I’ve been working on for the last couple of years to coordinate large scale events, festivals and conferences [can] be applied in urban development,” says de Ross.

De Ross is creating a prototype for Concrete Exodus with a project in Victoria to convert a 100-acre-land into an eco-village.

“We will simulate the entire development of a facility,” he says.

Over the next year, de Ross will use 3D modelling and mapping technology from his Metavents platform to plan and set up food forests, production and vertical farming on the land.

“We’ll hopefully build a festival around this,” he says.

Once completed, de Ross hopes to expand its use to large-scale projects in Borneo and other parts of the world.

“It allows for an environment where people don’t have to be in the country to manage and execute a project,” he says.

“You can fail as many times as you want inside a simulation until you get the highest potential outcome for success.”

In addition to project development, De Ross says Concrete Exodus will provide a captivating way to tell key stakeholders about better solutions to harmful farming by immersing them in the environment and walking them through the plan from anywhere in the world.

“You can communicate an idea that’s very complex,” he says.

De Ross says Concrete Exodus could also be extended to help NGOs and non-profits plan ahead for crisis situations like flash floods and displacement of people.

In Japan for example, de Ross says it could be used to plan for tsunamis.

In addition to equipping crisis response and management teams with an immersive tool to better prepare for such disasters, de Ross says it can also help people likely to be affected.

“A simulation of a tsunami of different types would allow the population to leverage gaming as a way of training themselves to respond to natural disasters,” he says.

De Ross recently won a scholarship with social impact-focused co-working community Dimension 5 to help get Concrete Exodus off the ground.

“That’s going to be really beneficial in terms of who I can collaborate with,” he says.

De Ross, who enjoys running events and meet-ups, plans to be a vibrant part of the community, which aims to promote “positive human collisions”.

“The primary vehicle for change is events,” says de Ross.

“Events are really the catalyst for any sort of significant change to happen.”