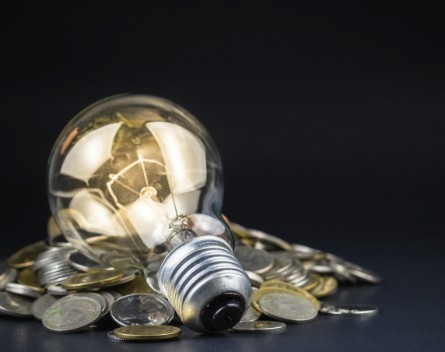 For Australia to become more effective at innovating and shift the culture further from employee towards entrepreneur a wide range of activities need to be undertaken in an aligned and coherent manner.

My biggest criticism about the government’s current approach is that there’s no coherent plan or measurement in place across all activities to improve Australia’s innovativeness to identify what is working and what isn’t, and align the activities taken by different bodies to amplify their effectiveness.

Again and again governments in Australia have announced big strategies for culture change but failed to put in place appropriate structures, governance and metrics to actually ensure they will succeed.

More often than not they are thrown at a group of agencies, who establish steering committees with vague success criteria and the focus becomes more about funnelling as much cash into specific agencies or initiatives rather than achieving the larger government policy objectives.

The current piecemeal approach to shifting Australian innovation will be far less cost-effective at moving us forward, although small pockets of entrepreneurship will benefit as dollars and political support flow to specific individuals and companies, as we’ve seen with PolicyHack and DataStart.

The advertising campaign at this point in time appears to be more directed at supporting the government’s re-election goals than part of a coherent strategy to lift Australia’s innovativeness and entrepreneurship culture.

These may not yet have been defined, with Minister Christopher Pyne and the Prime Minister treating the cash amount as a political headline, which again bodes poorly for the effectiveness of the campaign or its value other than as a re-election stunt.

Having worked on government communication campaigns in the past – including some very effective ones – it’s well understood within governments that changing behaviour and culture takes years, which is why many health campaigns work on a three to seven year horizon, such as around alcohol and tobacco.

Without a similar long-term strategy for shifting Australian attitudes and behaviours regarding innovation I really don’t see this campaign doing more than helping the Coalition to get re-elected.

A more effective strategy would be to announce a long-term investment into culture and behaviour change, starting with a set of pilot approaches aimed at a specific state or region where different approaches can be tested over a six-twelve month period. After this have the most effective rolled out nationally across the next few years into a national innovation approach.

The approach could be an open one, involving the entrepreneur and innovator communities in designing the ‘advertising’ approach, rather than the current advertising campaign, which would be based on the very traditional and linear communications approach required currently win government. The current approach is dominated by a few advertising agencies who are more effective at promoting toothpaste and fizzy drinks than innovative culture change.

The adjusted approach would focus more on education and providing support to innovators and entrepreneurs across both the private and public sector, to generate real and effective outcomes that measurably deliver economic and social benefits.

These individuals and their achievements could then be supported as national role models for how innovation can be effectively applied to create jobs, wealth and better social outcomes.

We need a national government sponsored innovation awards and scholarship program, where people can be lauded for their achievements in a similar way to how Australians currently laud success on sports playing fields, and led into programs to help them maximise their success. This would help shift what Aussies see as success and achievement.

I also believe the government should take a number of steps to change how the Australian public service values, rewards and sustains innovation. As a workforce of 160,000 highly skilled and intelligent people the public sector could be one of the best incubators for innovative talent in Australia.

Craig Thomler is the founder of Social Media Planner and a former public servant.