The future of e-commerce is about one-touch buying 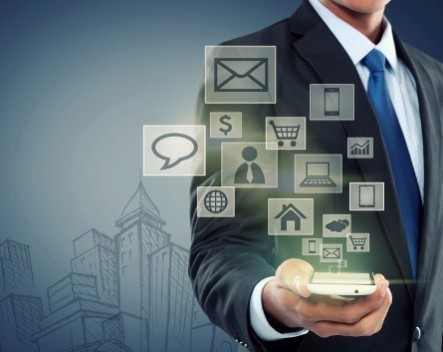 If you’re an e-commerce startup and you’re not building for one-touch buying, you’re already behind, according to Braintree’s general manager of mobile, Aunkur Arya.

“What we’re seeing now, in terms of disruptive forces in mobile is one-touch buying is becoming the standard,” Arya says.

“If you’re not doing that, you’re behind.”

Braintree recently conducted a survey of 224 business owners from across Australia and found that just 54% have a website, and only 24% have a mobile-optimised site or mobile app. Arya says that is evidence of how much room there is for growth in the online payments sector, and particularly on mobile.

“We believe the future of commerce is online, and more specifically, on mobile,” he says.

“The growth of e-commerce, the advances in mobile and the impact that the smartphone has had on daily human behaviour and consumption of goods and services all support this.

“Yet it’s the most ubiquitous device, it’s the primary computing device for a lot of people now, in some markets people are leapfrogging the PC wholesale and going directly to mobile.”

That gap represents a huge opportunity for startups that think mobile first.

“If you take the US as one data point, all the really, really big valuations in the tech space are companies that are focusing on mobile. Uber is an $18 billion company now – it’s mobile only. Airbnb is mobile and desktop, but is very heavily invested in mobile.

“It’s not a choice anymore. If you’re a startup and you’re building something, you need to be focusing on mobile.”

Arya says payments will begin to fade into the background as startups increasingly focus on providing consumers with the best possible mobile experience. One-touch payments are part of that, so is giving consumers as much control as possible, by allowing them to pay in whatever way they choose.

Before arriving at Braintree, Arya worked at a number of startups, most notably as an early director at AdMob, which was acquired by Google in 2010. He says the successful founders he’s been around have all aimed big and stayed true to their convictions.

“The thing I’ve learnt most is don’t be encumbered by facts, especially if you’re a founder,” he says.

“The difference in the entrepreneurs I’ve seen is the ones that have been successful are the ones that really cut through everything and had conviction about their ideas and their business.

“They weren’t deterred by some of the facts on the ground, they just went straight through it and said either this is going to be really big or it’s going to fail miserably.

“Those are the ideas that people should be working on.”