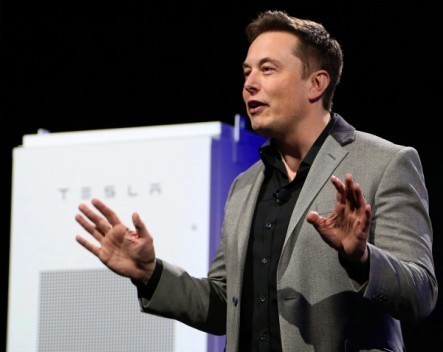 Tesla’s plans to use its new battery storage system to power homes will provide households with more opportunities to reduce bills. But it will also cause headaches for the electricity distribution companies.

The company’s founder, Elon Musk, announced last week that it had developed the Powerwall batteries that could store electricity generated from solar panels.

The idea is to store the energy generated during the day, when demand is relatively low, that can then be used to power a home during the evening when the demand is higher. It can also act as a backup supply during any power cuts.

The Powerwall battery packs come in 7kWh or 10kWh units and cost US$3,000 or US$3,500 respectively. Up to nine units can be stacked together to give a maximum 90kWh.

Musk made the announcement at a press conference that was powered entirely by batteries.

Musk told the audience that it was possible to place orders now for the units with delivery expected in the next three months.

This will be a major development for the renewable energy sector – primarily solar photovoltaic (PV) – and provide the possible opportunity for consumers to move off-grid.

While it will be interesting to see how the distribution companies will react to that possibility, the ability to have three days of storage for a normal household will sound attractive to many.

The price of the Powerwall unit in the US is about a quarter of what is currently being charged for similar sized systems here in Australia. As such, they should become a standard accessory with most solar systems, with the price being similar to just the solar panel system five years ago.

Based on a recent Origin Energy invoice, an average four-person household uses between 20.9kWh and 21.6kWh of electricity per day.

Currently any excess electricity generated is sold back into the grid at a price negotiated between the retailer and customer (for those without feed-in tariff agreements), usually at around A$0.12kWh.

While providing some income, customers still have to buy electricity back in the evening at around A$0.27kWh, being the period of peak usage when everybody is at home.

Not all will benefit

For those without solar systems on their roof the story will only get worse when it comes to rising electricity prices.

In simplistic terms, the distribution companies charge a price for supplying electricity to your home based on the cost of their infrastructure divided by the number of kWh of electricity supplied.

If the number of hours supplied decreases – as more people adopt a solar solution – then the price must go up. People who don’t have solar on their roofs will be penalised.

These pricing policies are based on Federal Government rules. These need to be closely reviewed, given the changing landscape of electricity generation, with a much larger portfolio of renewable energy, particularly on-site generation.

Further, rules should be relaxed to allow rebates for solar to be allowed for rental properties – not just owner-occupiers. Another example of making those who can least afford the escalating electricity prices paying the most.

At a more local level, the distribution companies still need to invest more to allow customers who want to install their own systems to do so.

In some areas system constraints are resulting in applications to install solar PV systems being rejected by the distribution company as there area already too many systems installed and the grid cannot manage stability issues.

So not everyone who wants to install a new solar system – including Musk’s new Powerwall system – will be able to. That means those customers must continue to pay high retail electricity costs and miss out on savings enjoyed by others.

History has shown in recent years that with the reduction in the cost of solar PV systems there has been an exponential increase in the number of domestic residences adding systems.

The continuing speculation of spiralling electricity costs will continue to add to the demand. It is an issue that needs to be addressed by both state and federal governments and with Musk’s latest announcement of affordable storage options we can only expect greater demand for on-site generation.

We are now approaching the next phase for domestic electricity generation and it has arrived at a time that has provided regulators little time to prepare. But prepare they must.