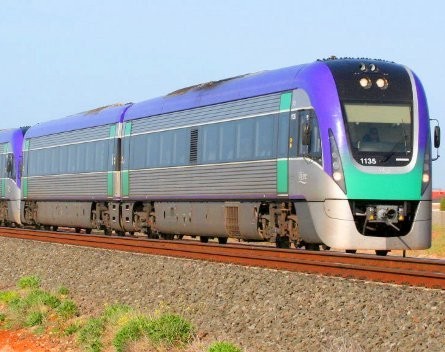 The policy, which will cost $40 million, will initially see free Wi-Fi provided to passengers on the Ballarat, Bendigo, Geelong, Seymour and Traralgon V/Line services.

The government estimates there is currently no mobile data coverage for around 40% of the train journey between Melbourne and the five regional cities.

Aside from areas suffering poor coverage along V/Line railways, Napthine says the package will also be used to reduce other mobile coverage blackspots across the state.

“This announcement will be of enormous benefit to thousands of commuters, with more than 13 million passenger trips recorded between these regional centres and Melbourne each year. Eliminating these blackspots along train lines means commuters will be able to access emails, social media and work.

While the state government will announce a public tender process for the V-Line Wi-Fi program, no details are currently available.

The latest announcement comes after the state government announced a free public Wi-Fi program around the Melbourne, Ballarat and Bendigo CBDs last month.

The Melbourne pilot program, run by the state government and Melbourne city council, is the first stage in a larger roll-out of public Wi-Fi across the state.

The tender process for the CBD Wi-Fi scheme is currently underway, with expressions of interest open until April 17 and contracts to be awarded in mid-2014.