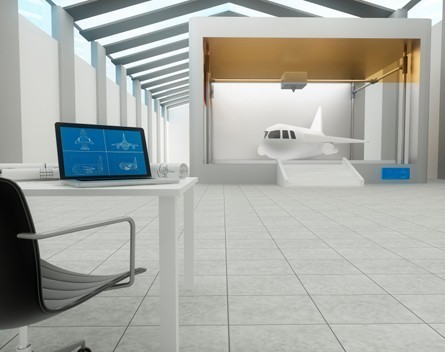 NASA has come knocking on the door of an Australian 3D-printing startup.

“Most of the companies have come to us,” Budge says.

It’s exciting news for the Perth-based startup, with most of its products still in prototype stage.

The startup has also received requests from three separate companies about printing rocket engines, as well as NASA. One of these includes another startup from Silicon Valley that wants to launch micro-satellites into orbit and use Aurora Labs’ technology to print rocket vehicles.

“They’re interested in having a chat about what we’re up to, and they can see the advantages of using this technology,” he says.

The rocket parts would be printed by the startup’s large format 3D metal printer which it has only just finished designing. It will be able to print huge objects much quicker than any existing 3D printer, Budge says.

“The main difference between ours and others in the market is ours can run at about 100 times faster with a similar resolution,” he says.

“Another printer in the market takes three to four months to print a one tonne part, and we’re looking at doing that in a day. That’ll make it a commercially viable process.”

The large-scale printer will be a 2.5 metre long, 1.5 metre wide and 1.5 metre high, and capable of creating objects of up to 1000 kilograms.

“There’s a lot of interest in that area, with aerospace, titanium castings and oil and gas applications,” Budge says.

They’re also in talks with a “leading edge” high-end electric motorcycles company, which is looking to eventually print most of its components.

On the consumer side of things, Aurora Labs is scaling up the production of its smaller model printer that they first sold on Kickstarter, before pulling the campaign over fears of losing their IP.

Budge says they ultimately want to build a 3D printer that’s the size of a microwave and can easily operate in a house.

Aurora Labs hope to have a functional downsized prototype in three months, and the full-size version in six months. Budge has already fielded offers from parties interested in buying the startup outright, but he says they’re not ready for that. Particularly as 3D printing is on the cusp of becoming commonplace in manufacturing.

“We’ve started up associations with universities all over the world that are looking at buying them and doing research with us,” Budge says.

“Once 3D printing becomes a commercially competitive process everyone will want to be printing things, because the advantages are so big.

“This is just the tip of the iceberg.”