WeTeachMe and eCal take out joint honours at The Big Pitch 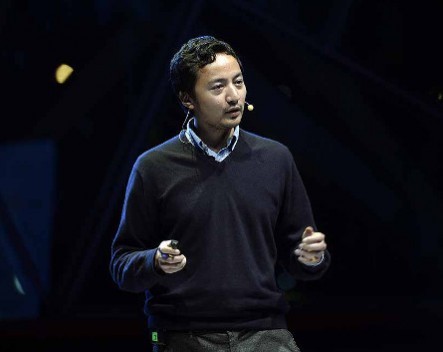 Deakin Edge in Federation Square was momentarily transformed into a startup cathedral, with a big crowd of Australian startup patrons, believers and evangelists packing in to witness the competition.

The judges couldn’t split eCal and WeTeachMe, who beat the other three finalists, Bluesky, etaskr and the night’s people’s choice award winner, KartSim.

Oxygen Ventures founder Larry Kestelman, who founded internet service provider Dodo, praised all five finalists for the standard of their pitches and didn’t rule out investing in all of them.

He said the event was not about trying to generate publicity.

“In regard to winners, we said we’re going to back up to $5 million worth of funding, which we’re certainly going to try to do with the group that are here,” he said shortly before announcing the winners.

“And if there’s anything left over we’ll certainly have a look elsewhere, but we believe that is something we want to commit to and make sure it wasn’t just a publicity stunt, that it wasn’t something that was just talked about, we’re actually going to go ahead and do it.

“It’s been a dream of mine and Ilya’s to put this event on. It’s something Australia very much lacks and needs.”

Kestelman says Oxygen Ventures will engage in a discussion with the winners with “absolute intent” over the next fortnight to finalise an investment deal.

“If it’s not 100% it’s definitely a very, very good chance for the transaction to happen,’’ he says.

“We are absolutely committed to funding both of those businesses and working through them.

“We think they have amazing potential and we will do our utmost to help (them) succeed and conquer the world.”

WeTeachMe co-founder Kym Huynh said he couldn’t believe WeTeachMe had shaken what the team refers to as “one direction curse”.

“I’m still a bit shellshocked to be honest. We do these competitions all the time, and we tend to come second all the time. So we have this curse called the ‘one direction curse’, so winning tonight was completely unexpected, but nice,” he says with a laugh.

“Everyone was fantastic, everyone had a great business. I was expecting other companies to win, so I was ready to get up there and give congratulations.

WeTeachMe was seeking $2 million to accelerate the development of its platform.

“We’ve built a very solid foundation with WeTeachMe already, and what we’re really excited about now is taking things to the next level, having extra funds and mentorship and advice on board will help us get there a lot faster.”

The founder and CEO of eCal, Patrick Barrett, pitched for $2.5 million in funding to be used as expansion capital at a pre-investment valuation of $6 million.

“I wasn’t confident, my god no,” Barrett says with a grin.

“I suppose it may have ticked in our favour that we’re more advanced as a company, and for us it’s probably expansion capital.

“So with that in mind, I’m incredibly grateful. For us it’s the right timing.

“Now we can speed up the rate of development in terms of the product and continue to make it the world’s best in what it does. Continue to build other parts, build out the enterprise system and make it do more wonderful things.

“We can enter new markets and trial those. We can pilot them here and then take them overseas when they’re successful.”