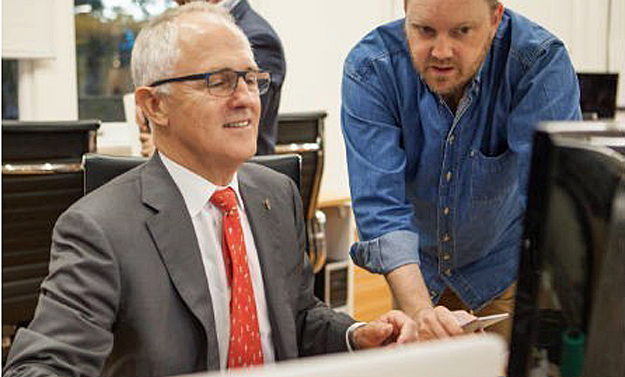 The last six months has seen a boom of ideas, announcements and hype about innovation, but now it’s time to move from rhetoric to reality.

We have had a great deal of excitement and much hyperbole about the Holy Grail that is innovation.

But as experience tells us, the devil is in the implementation – where we can make meaning and sense of the fervour and the platitudes.

We all drank the Kool-Aid, we blogged, wrote articles, tweeted and posted our little cotton socks off about it – I know I did.

And that’s OK – with the arrival of Malcolm Turnbull there was a metaphorical sigh of relief across the nation.

We had our man – he was more ‘moderate’, more innovative and knew a more about tech and startups than any other prime minister before him.

We all hung on every word of Turnbull’s first speech, filled with hope and promise that this prime minister was our friend. Turnbull is an innovator – he was at the precipice of the dot com boom, an entrepreneur and an innovation evangelist: One of us.

Charismatic, articulate and intelligent, he set a new agenda for Australia – one with innovation as its cornerstone.

There is no doubting the Prime Minister’s motivation, his commitment or his passion, but it’s still up to the bureaucracy to implement.

It isn’t really up to him or his ministers – that privilege rests on the shoulders of the bureaucracy. Over 150,000 strong Australian public servants run the government, with a little help from consultants and contractors, who bill taxpayers, over $1billion a year.

So it isn’t really a surprise that a prime minister or minister will announce a marvellous project or program, and we are left waiting for great ideas to become reality.

Take the innovation statement – it holds a lot of promise, yet my gut tells me it’s going to take a whole lot more than rhetoric to actually be delivered.

After the haze of Christmas and the New Year wore off, reality hit.

The statement came with a caveat – to be implemented from July 1st, 2016. That sent the ecosystem into a bit of shock – especially the incentives for investors – all of a sudden investment dried up waiting for the tax concessions to kick in later this year – the inevitable unintended consequence of poorly planned execution of good policy.

A startup could be lost in six months.

The NSW Premier’s Innovation Initiative, launched in August 2014 is another case in point.

It was an innovative initiative of crowd sourcing solutions to solve government pain points but where are we 18 months later?  The website says “The opportunity to submit proposals for the Social Housing, Congestion, Open data and Open ideas priority areas has now closed and we have commenced evaluation” – that is simply unacceptable.

I have been dealing with ministers and the public sector since the age of 16 – as an advocate, a ministerial advisor and a public servant.

That’s 33 years of working out how to make sense of it all. So believe me when I tell you it’s not up to the PM or the ministers – they set the agenda but they cannot control the execution.

After a while it becomes futile to keep asking for updates on progress of a policy, project or program. Ministers ask time and again and all you get is a very professional looking brief that doesn’t say much at all.

It’s heartbreaking when you have good people, including public servants, wanting to see great ideas happen being stifled by cement bureaucracy and process.

Culture change is tricky, but not impossible.

Take Policy Hack for example. It had all the hype and a commitment to delivering low-cost, high-impact winning ideas.

The point of difference here is that Wyatt Roy ensured that public servants were part of the process – they joined the hack and learnt a lot about entrepreneurial and collaborative thinking, they were engaged with the creative champions and teams and had skin in the game by way of follow up.

The other difference is that the initial design and process was developed by BlueChilli – a commercial accelerator.

We have to stop resisting change and embrace the ecosystem that can lead transformation – that’s what Roy did with Policy Hack.

I think more collaborative hacks are the way to go, bringing together the innovation constellation of government, academia, business, entrepreneurs and startups, a PPP style ideas incubator that will support public servants to adopt the ecosystem’s way of getting things done.

The public service is a beast and the rigour of bureaucracy and process kills any capacity to be creative, quick and agile.

They are ill-prepared for the innovation nation of which Turnbull speaks and the only way around it is to give them the lived experience of it. Encourage them to invite the disruptors, the mavericks that will hack around process to breathe life into a redundant old world structure.

The creative public servants will be grateful for it and we can get on with implementing a promising and much needed innovation agenda.

Anne-Marie Elias is a speaker and consultant in innovation and disruption for social change. She is an honorary Associate of the Institute for Public Policy and Governance, UTS. She is on the Board of Western Sydney Women; the Australian Open Knowledge Foundation; Autism Advisory Board, and the Settlement Services International Foundation.