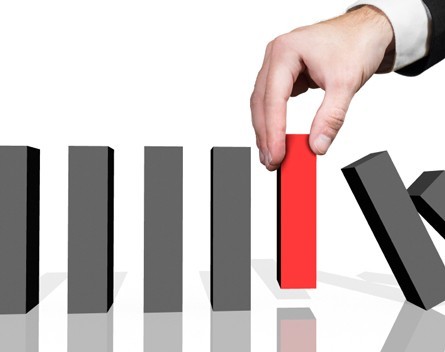 However, I’ve found that lately we seem to be confusing innovation and disruptive innovation.

Most conversations taking place at the moment are tagged as disruptive innovation.

Yet, there are many types of innovation which do not fit into this category and instead of being disruptive, these innovations are actually enabling in their nature – they assist established businesses to better their core business models and take advantage of adjacent business model opportunities.

Consider the recipient of the 2015 Prime Minister’s Award for Innovation, Laureate Professor Graeme Jameson. His Jameson Cell technology added nearly $100 billion to the Australian economy by allowing bubbles to pick up mineral particles from a slurry of ground-up ore and carry them to the surface.

Mt Isa Mines installed the technology in their coal mine and allegedly increased the yield of their mines overnight by 3.5% or billions of dollars. This technology didn’t disrupt the mining industry, but rather enhanced it.

Another exciting example is the driverless car. This technology has the transformative ability to make a significant difference to many groups within the community.

Health care and the aging population are two government portfolios where I envisage deep savings to be had through implementation of new innovative solutions such as driverless cars. Take doctor, patient daily routine care amongst the elderly – in general, seniors often have more time, whereas a doctor needs to minimise his time spent per patient so he can assist more patients.

Clayton Christensen of Harvard Business School invented the theory of disruptive innovation, which is explained in his book, “The Innovator’s Dilemma”.

He said disruptive innovations originate in low-end or new-markets that incumbents had previously ignored, with examples including cell phones over fixed line phones, or tablets over personal computers.

In this month’s Harvard Business Review Christensen outlines in detail why it’s crucial that we differentiate the meaning of the two terms ‘innovation’ and ‘disruptive innovation’, saying, “the latter requires different strategic approaches and managers could end up using the wrong tools for their context, and ultimately reduce their chances of success”.

I want to ensure the less visible innovations – that create value for incumbents – have a seat at the table when the topic of innovation is being discussed.

With the top 20 companies on the ASX contributing nearly 50% of Australia’s GDP, these business models are vital for Australia’s future economy, which is why earlier this year, StartupAUS held a roundtable at KPMG to bring the leaders from the ASX 20 into the innovation conversation.

It’s crucial that big businesses and innovators work together.

While it’s true that many Australian startups are being born global from day one, Australia’s largest companies are great co-development partners and together it’s possible to enable innovation rather than always think of it in disruptive terms.

Peter Bradd is the CEO of StartupAUS, the not-for-profit organisation with a mission to transform Australia through technology entrepreneurship, supported by Xero, Salesforce and Google.