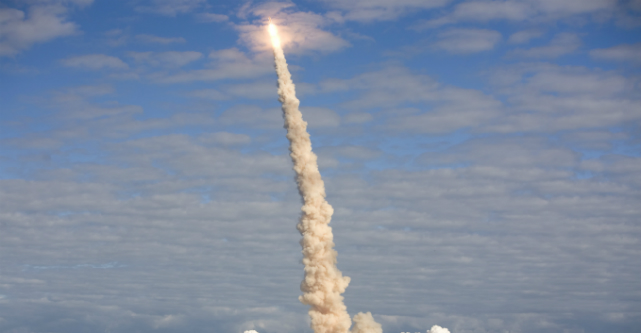 Any nation that hopes to have a space program needs to be able to keep an eye on its orbiting assets at all times. This means that Australia has become a key link in the global chain of ground-based tracking stations.

The US National Aeronautics and Space Administration (NASA) has a deep space tracking facility at Tidbinbilla in the ACT, managed by the CSIRO, and the European Space Agency (ESA) has one in New Norcia, Western Australia.

The New Norcia station plays a further role as it picks up and tracks the ESA launches from French Guiana as they curve across the Indian Ocean on their way to Earth orbit or beyond.

This means that Australia plays a critical role in many other countries’ space programs. Right now, about 40 space missions – including deep space planetary explorers, Mars rovers, solar observatories and astronomical space observatories – are routinely downlinking their data through radio dishes on Australian soil.

This uniquely acquired data is then piped out of the country to the eagerly waiting US and European scientific communities, bypassing our own.

If Australia is to capitalise on its strengths in space tracking as well as space science, and is to get on board with the burgeoning commercial space industry, it’s time that we considered forming a space agency of our own.

A space agency serves several roles. First and foremost is the creation of coherence across a complex sector. In particular, the agency would need to coordinate and drive the development of homegrown space technologies.

It can develop collaborative space missions with partner agencies, operate and manage diverse space platforms, engage in the establishment of space protocols, and participate in the exploration of the Solar System and the study of the Universe. It can also oversee the management of the Australian landmass, oceans and atmosphere, and help provide sovereign security.

The Canberra Deep Space Communication Complex, located at Tidbinbilla, is one of three Deep Space Network stations around the world. CSIRO/Robert Kerton, CC BY

Australia’s vital role was established on the back of the Apollo space program, as celebrated in the movie The Dish. This is a direct consequence of Earth’s rotation and the need for continuous communications, particularly during critical phases such as launches, landings and flybys.

These downlink facilities are now being actively “geared up” for the global push to Mars, with the recent addition of two new dishes at Tidbinbilla and the likely addition of a new dish at New Norcia.

Even with these planned expansions, the demand for further capacity is clear. NASA’s next flagship mission in planning is the Wide Field Infrared Survey Telescope, a deep space near-infrared imager 100 times more powerful than the Hubble Space Telescope. This requires an additional dish in Australia, or the redeployment of an existing Australian facility.

This ongoing expansion is driven by a need to manage the rapidly growing fleet of active spacecraft, as well as higher download rates coming from more complex in-flight instruments.

The space industry, like space itself, is expanding. Next-generation astronomy facilities are moving into space, there are plans to mine asteroids, and planetary probes are becoming more ambitious. There are also fledgling plans to send a crewed mission to Mars.

Indeed, the commercial sector may well reach the mineral-rich asteroids first, and will need powerful radio dishes at Australian longitudes to navigate those landings, launches and eventual returns.

Australia does have its own leading radio observatories, highly skilled radio engineers and radio astronomers, but has so far managed to avoid any deep collaborative engagement with the space sector.

No one is suggesting that the data we receive on behalf of NASA or the ESA should be held to ransom, but it is worth asking whether we should be doing more to capitalise on our lucky longitude, and gradually transfer the downlink burden from NASA and ESA to Australia.

In return, Australia could obtain direct collaborative involvement in existing and future missions, as well as assistance in kick-starting our own fledgling space capabilities.

Within NASA and ESA there does appear to be an appetite for deeper engagement. Operating these facilities from afar is not ideal. Indeed, the operations contracts are managed through third party organisations, with CSIRO for NASA and the UK-based Inmarsat for ESA.

However, these organisations act mainly in a service and support capacity and while CSIRO is involved in the development and construction of the radio technologies, the engagement in terms of space collaboration and as a science beneficiary is lacking.

Economically, the arguments have been laid out before. It is simply a fact that space is a rapidly growing sector presenting superb opportunities for financial and economic prosperity, as well as the expansion of human knowledge and endeavour.

Joining this industry as a meaningful player at this late stage is not going to be easy, but is undoubtedly critical for our economic and scientific future and our security.

Building on our unique longitude legacy could provide the bedrock on which we can establish ourselves at the heart of NASA and ESA endeavours. Even better, this opportunity opens the door to space, through government investment in Australian-based construction projects and Australian-based operation centres.

We simply need an Australian Space Agency to manage the process.

Simon Driver is a professor of Astrophysics at University of Western Australia.