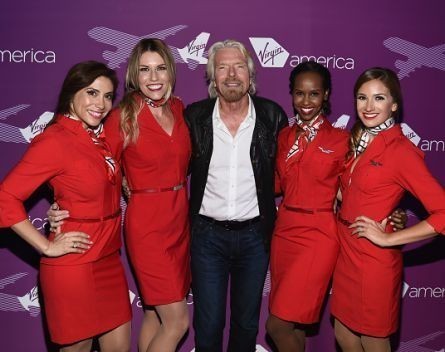 Virgin founder Richard Branson is taking his commitment to the health and wellbeing of his employees to the next level by offering some staff in the London and Geneva offices of its Virgin Management division 12 months of paid parental leave.

Branson is well known for putting the wellbeing of his workers front and centre, letting his staff take as many holidays as they want and advocating for workplace policies that encourage employees to work from home.

The policy, which is also available to adoptive parents, builds on shared parental leave legislation recently introduced by the UK government, which allows couples to share 50 weeks of parental leave between them.

In a blog post, Branson welcomed the government scheme but said Virgin wanted to “take it a step further”.

“That is a philosophy that has served us well for more than four decades and is the foundation of everything we do at Virgin.”

“As a father and now a grandfather to three wonderful grandchildren, I know how magical the first year of a child’s life is but also how much hard work it takes. Being able to spend as much time as possible with your loved ones is absolutely vital, especially early on.”

Branson said the policy fits in with Virgin’s “work in changing business for good”.

“Health and wellbeing in the workplace should play a critical part in every company’s thinking,” he said.

“The more you support your staff, the happier and healthier your business with be.”

But not all businesses are in a position to offer such generous paid parental leave, with Ben Watts, director of wattsnext HR, telling SmartCompany this morning “affordability is the hardest thing” for SMEs when it comes to leave entitlements for staff.

However, Watts says the Virgin policy is a “fantastic concept” and one that small businesses can “absolutely” learn from.

“It’s taking a very long-term approach that if you look after your employees, they are more likely to be around longer and be loyal to the business,” Watts says.

Watts says the cost of offering employees parental leave should be compared to the cost of turning over staff, which he believes is often “underestimated” by SMEs.

He also says small businesses can learn from Branson’s approach to sharing leave between men and women, rather than only offering maternity leave to new mums.

“Under Australian laws the father can take leave too,” he says.

“It’s a fantastic concept. There is no reason why leave shouldn’t be available to women and men.”