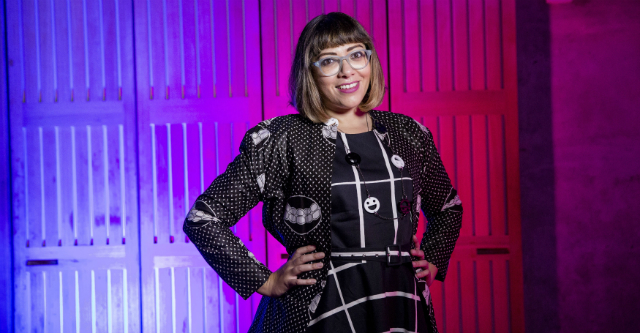 World-renowned festival Vivid is placing innovation and arts at the top of its agenda with a series of events in Sydney.

Vivid Ideas aims to recognise art among the ranks of science, tech, engineering and maths to form STEAM and to shine a spotlight on the important intersection between arts, innovation and commerce, curator Jess Scully says.

“When you think about the kind of startups that have been really successful, they’re the ones that have understood the power of the arts,” Scully tells StartupSmart.

But in the push for STEM skills and the “ideas boom” to make Australia the innovation nation, she says this aspect has been overlooked.

“The missing element is arts and humanities,” Scully says.

“Those are really crucial humanizing and sense making aspects of the sort of work we want to apply in STEM.”

She says it’s the combined power of problem solving in STEM and the ability of arts and humanities to rethink the way the world is built that leads to real innovation, pointing to Apple’s focus on design and user experience.

“Steve Jobs was inspired by typography and calligraphy,” she says.

“That understanding of aesthetics and the idea you need to have a sophisticated communications style have been central to their success.”

In line with this, Scully and her team have curated the 160 Vivid Ideas events in a way that aims to collides tech, startups, film, storytelling, design, architecture, visual arts and communication.

“It’s about imagining possibility [and] sketching out beyond the possibilities of what is currently known,” she says.

Ultimately, Scully says she hopes people will get to see and experience for themselves the opportunities of STEAM and what these fields together mean for the future.

“[Vivid Ideas] is your annual opportunity to experiment and discover what’s at the cutting edge of knowledge,” she says.

Scully says it’s to highlight the rising trend in figuring out how data can be used to design and communicate better healthcare solutions.

At its Building Better For Health challenge, contestants will compete for $25,000 worth of product design and development support to commercialise their ideas.

On June 11, a panel of experts, teachers and industry leaders will join heads for Inspiring the Next Generation of Creative, Entrepreneurial and Digital Women.

The panel will discuss what it will take to fix gender disparity in STEAM fields through early intervention to inspire young women to become innovators and entrepreneurs.

Vivid will also run more immersive experiences to inspire children, teachers and seniors with the possibilities of creative tech.

At the Lumifold workshop on June 11th at the Museum of Contemporary Art, participants will be instructed through the process of making their own LED illuminated lamps.

Code Club will also run an event on May 27 engaging children with no computer programming experience to explore the world of bot-building through a learn-and-play approach to coding and robots.

“What I’d love to see is for people to use Vivid Ideas as their opportunity to explore and to get a taste of what it means to work in fields like tech, design, robotics – you name it,” Scully says.