The new era of live music: Would you go to a real life concert if you could experience it from your couch? 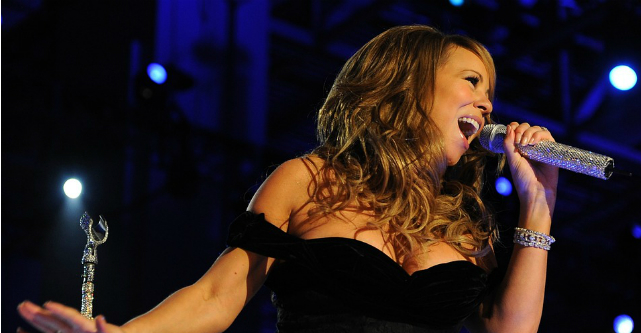 The pop sensation that is ABBA are reportedly coming back.

That’s right, in 2018 the Swedish 70s superstars are set to tour a curious performance they call a new “virtual and live experience” in partnership with Spice Girls’ manager Simon Fuller.

What this extravaganza will entail is currently unclear – but the project promises to capitalise on our “new technological world”, making use of artificial intelligence and virtual reality.

So, are we about to enter some new era of live music? And is the classic gig a thing of the past?

Of course, the use of emerging technologies for entertainment is nothing new.

Musicians, movie technicians and performance designers have all attempted to harness the technology of the day to create something new with their music and performances.

Accomplished cinematographer Morton Heilig is often known as the father of virtual reality (VR) due to his fabulous “Sensorama” of the late 1950s and early 60s.

Heilig created an immersive entertainment machine in which viewers could experience a specially made 3D movie – complete with sounds and smells.

He also invented something he called the “Thrillerama Theatre Experience”, which mixed 3D images, projections and live stage action.

Billy Idol, rockabilly punk of the late 80s and early 90s, brought early concepts of VR, cyberspace and digital culture together with his music and performances on MTV.

Of course, virtual reality technologies have advanced quite a bit since these early experiments.

Back in the early 90s, VR was awkward and expensive.

The headset was very large and heavy and showed basic computer graphic imagery that had picture lag – when you moved your head, the image in the headset would struggle to keep up.

You also had to be tethered to a large computer.

Now, with smaller, faster computers and lighter headsets, along with 3D video and photo realistic computer graphics, VR has become affordable and fashionable.

So it’s not surprising that the latest digital holographic and augmented reality technologies could also be used as a way of engaging the social aspect of going to see live music.

This has already been attempted with Michael Jackson, who appeared to perform on stage as a hologram after his death – although some audience members found this a little creepy.

Her private theatrical experience, at London’s Somerset House, provided a more intimate approach for her audience.

They could certainly attempt something similar to the time-bending properties of the Jackson hologram.

For example, the band could be seen to be playing with younger versions of themselves in holographic form, forming an eight piece.

Or one could foresee an overlay of augmented reality through a phone app that transforms performers on stage into earlier playback versions of themselves.

And even if all the members of the band could not perform together in physical reality, holographic projections of their networked selves could give the simulation of them actually being together on stage.

The “experience” will also reportedly involve the use of artificial intelligence, which could mean that the various technologies used will be able to react quickly to feedback from the audience and between band members (both real and virtual) on stage.

But the success of these new generation gigs will largely come down to whether they make full use of social media, the rise of which means that audiences expect to be able to engage with and share their experiences.

The more this is enabled, the better for the performer.

Performances could be streamed live online through VR or mobile phone headsets (like the Samsung Gear) using 3D photography and immersive spacial sound.

Of course, the enabling of a networked and wired audience that could have access to augmented reality and VR, and have an appreciation of 3D holography would be a massive technological and logistical challenge.

And then there’s the actual sound of the band.

The digital subtleties of multiple projections of sound and live music together would need to be assimilated.

And noisy, enthusiastic fans, who may well want to sing along, would complicate this further.

But in time, such issues will be mastered.

So will future gigs still take place in bars and arenas, but be accompanied by holograms on stage and crowds in VR headsets?

Or will the audience wave their iPhones as they do today, but this time gazing, Pokemon Go style, at a supernatural incarnation of their idol on stage along with the real one?

Or will all gigs be truly virtual, allowing viewers in headsets at home to match up their favourite band members on a virtual stage?

The reality will likely be some formulation of all of these speculative futures.

But whatever form they take, live technological music experiences are sure to be just as exciting as they’ve always been.