Your Fork pivots to an online grocery store with a difference 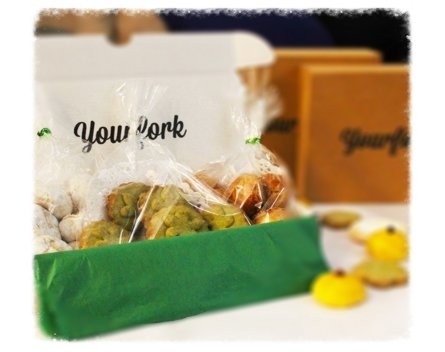 An Australian startup has pivoted away from the delivery of pre-made meals and instead decided to tackle on-demand groceries.

Your Fork began as a network for delivering home cooked meals, launching late last year after a successful testing phase in Sydney. Then in April the business started selling desserts and sweets in order to avoid scalability issues – one of them having to rush to deliver food while it was still warm.

Co-founder Roshan Mahanama told StartupSmart there were a few reasons for changing the direction of the business a second time.

“The reason we pivoted so often and so fast in the past nine months is you kind of know when you’re getting traction and when you’re not,” he says. “The first one was almost like an eBay or Etsy. The insight we got was the prices were all over the shop and someone needed to add trust to the marketplace. Trying to find good quality home chefs was really hard.”

The business has now grown into a service where users can shop for ingredients for a specific meal in just a few clicks and have them delivered in one hour. One of several on-demand delivery startups to pop up in recent years, Your Fork was selected as an Australian startup to watch in 2014.

Mahanama says he feels like the latest reincarnation of Your Fork is here to stay because he can’t imagine life without it.

“It’s reinvented the way I think about home cooking,” he says. “It’s all the convenience of takeaway with all the nutritional benefits of a home cooked meal.”

Your Fork has uploaded more than 50 recipes that customers can choose from, including curries, stir-fries and pasta. However users are able to share their own meals and Mahanama hopes this will build a strong peer-to-peer network.

One of differences between the business and other delivery-based startups is Your Fork has to go and get the items for the customer before bringing it to them – rather than delivering straight from a warehouse. Mahanama says this has resulted in him learning “a lot” of valuable lessons.

When it comes to pivoting, Mahanama says it is all about fostering the right environment to be able to do so quickly and effectively.

Mahanama also says a great way to test whether or not you need to pivot is to take your product away from customers for a short while. If no one responds – or “cries” as Mahanama puts it – then it is probably worth shifting to a different idea or business model.