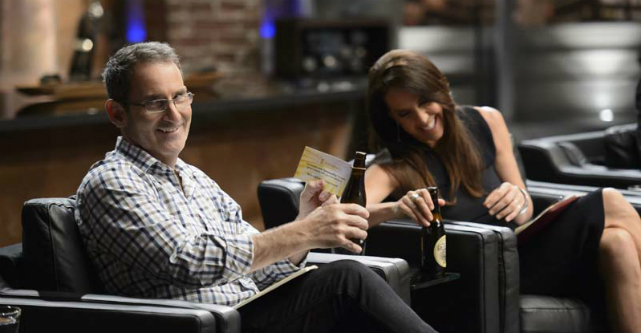 It’s no secret that fashion isn’t my strong suit. In fact, I have as much interest in it as watching paint dry. So when Anna Walsh walked into the Tank to spruik her clothing business, I braced myself for an unfamiliar ride.

Anna started Bodypeace Bamboo Clothing six years ago which makes a range of eco-friendly apparel from shirts to dresses and even jeans.

For years she ran boutiques that dabbled mainly in cotton but in an effort to “go green” the Byron Bay native began researching different materials and realised that cotton actually uses more chemicals than any other crop.

And why should we invest in her company? Her big pitch was that because bamboo was good for the planet.

She wasn’t clear how the funds would help and would defer to the investor for advice.

This was early in the piece and I was sceptical that it was a viable business, although the products were good quality. Anna didn’t do herself any favours when she couldn’t answer a simple but important question: what’s your revenue?

I was quite surprised. When pitching your business for investment, you have to get your numbers down pat: profit, loss, sales, margins – the basics of any business.

To her credit Anna later redeemed herself and revealed that the business had registered revenues of $1.7 million, was up 83% every year and making $150,000 in net profit.

Perhaps her temporary blackout was a result of first time jitters in the Tank but those figures really impressed me.

When asked if she wanted to have run a big business or save the world, Anna replied with “both”. She openly stood by her convictions despite being grilled by potential investors.

That’s a good lesson for entrepreneurs – if you don’t believe in what you’re doing or what you can achieve, why should I invest in you?

She held her ground and that really impressed me. It’s important to know what you’re worth and not let anyone devalue you or your business.

What did we learn from Anna? A solid business with good returns coupled with unwavering faith in your enterprise will surely whet the appetite of potential investors.

Four Queenslanders walk into a bar

Speaking of appetite, Friday Beers came about when co-founder Lee Mathers was too busy to stock up the fridge on a Friday afternoon. He dispatched his friend Keegan Sard to the bottle shop but the beer selection left much to be desired.

They pondered over what could be and the idea to deliver craft beer at your work place on Friday afternoons was born.

The beer was of high quality, and a great way to usher in the weekend. No lock-in contracts, hidden fees and you can start and stop as you like.

More importantly, the company was already looking to diversify into wine, cider and food to cater to office parties and other occasions.

The sharks were told the two-month old company could easily manage 5000 deliveries around the country.

It was an impressive potential pipeline of well-heeled corporates which got me doing my numbers and thinking of the bigger picture: at $50,000 a week, Friday Beers would be hitting $2.5 million a year by selling beer alone. But yearly sales could probably double as the company expands its range of offerings.

This proved that Friday Beers wasn’t a one trick pony – an important factor when I decided to provide the capital required since delivering beer isn’t new and the model could be replicated by others.

Investors need to be able to visualise a rosy future and Friday Beers had the right value proposition to make me drink up.