Stitch looks to make a date with the over 50s market 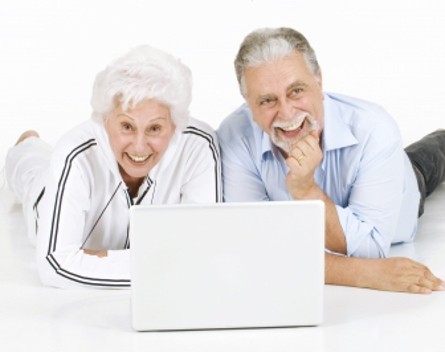 A new Australian startup is offering a clean Tinder-like service for adults over 50.

Stitch.net, based in Sydney and San Francisco in the United States, was co-founded by Andrew Dowling, who also founded Tapestry. Stitch was recently announced in the 500 Startups accelerator program’s ninth batch of startups.

He laughs when asked about 500 Startups description of Stitch as a “(clean) Tinder”.

“That is certainly not the connection we want,’’ he says.

“A lot of users have never heard of Tinder at all.”

Stitch is available across a variety of platforms and helps over fifties find companionship.

The concept for Stitch came from Dowling’s first startup, Tapestry, an app that connects seniors to services, the community and their loved ones.

“Time and time again what people would ask about was the loneliness that was in their lives from day to day,’’ Dowling says.

“We were getting them connected to families, but the isolation felt was much deeper.

“It really surprised us the number of older people using online dating services.”

However, there was a problem. Dowling said many online dating websites did not cater to the needs of older people.

“It’s a spectrum, when people get past a certain age some of the things you assume about dating for young people is different for older people.

“If you’re 58 and have had a hip replacement you probably don’t want a companion who goes for walks all the time,” he says.

“All these different issues come into play about what type of companion you want.”

Where the Tinder connection arises from is the way in which Stitch differentiates itself from other online dating services.

Like Tinder, Stitch users can only interact with mutual consent.

“The great thing about Tinder is there is no unsolicited contact,’’ Dowling says.

“So there is a two way thing, the problem with services like Match, anyone can sign on from anywhere in the world.”

Dowling says that was a criticism often raised by seniors who had tried online dating.

Stitch is running a couple of closed trials in the San Francisco Bay Area, with about 1000 people signed up for the service.

One problem facing Stitch is building awareness in a generation where the majority aren’t tech savvy; however, Dowling says it’s becoming less and less of a problem.

“It’s one of the issues we had with Tapestry,’’ he says.

“With Stitch it’s a slightly younger audience because it’s open to baby boomers, who are much more engaged than seniors, easy to reach online and that trend is only growing.”

Dowling hopes to bring Stitch to Sydney in the not-too-distant future.