Stone & Chalk celebrates its first birthday: How its 300 residents raised over $100 million 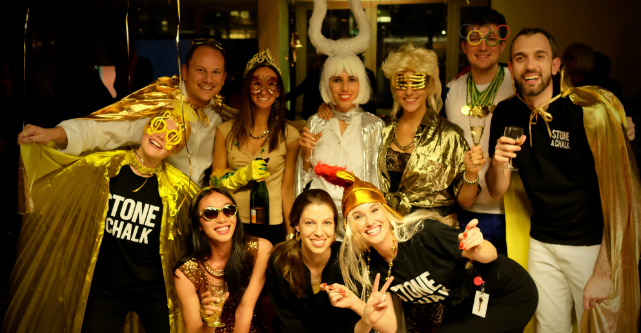 Sydney fintech startup hub Stone & Chalk has celebrated its first birthday with its 300 residents who have collectively raised over $100 million and created 150 new jobs.

The biggest funding round for a Stone & Chalk startup so far has been Data Republic, which closed a massive $10.5 million Series A round, while Brighte recently closed the biggest seed round seen in the fintech co-working space.

Fifteen of its residents have expanded overseas in the last year, while 30 university students out of 400 applicants have completed internships in the space.

Scandurra says a big part of Stone & Chalk’s initial success is its dedicate effort to foster a collaborative culture, along with carefully curating its residents.

“Being selective can create a sense of arrogance and elitism and we didn’t want that,” he says.

“We want to create a strong ‘esprit du corps’ with a real fight for a philosophy where startups are really trying to excel, focus and succeed balanced by a whole collaborative environment where we celebrate together everybody’s success – and we share and back each other when things are down and tough.”

In addition to this, Scandurra says its investor-mentor program has strengthened its startups with support in customer acquisition, funding, access to talent and expertise.

“That has been a key part of our philosophy,” he says.

“We focus on really, really early stage startups scaling up,” he says.

“We want to be a gazelle factory. Gazelles are the mid-level startups really starting to sprint.”

The best memories from year one

He says one of his proudest moments so far was day one when Stone & Chalk opened the doors to its first 100 residents.

“It’s amazing, we have a vision like every founder does when they start and you never really know how it’s going to go,” Scandurra says.

“We’ve had a real metamorphosis of companies and what they’re looking at.”

Stone & Chalk’s community now works in many areas of fintech, security and IoT.

“We’ve also seen a lot of diversity in terms of age and ethnicity,” he says.

On top of this, he says their Fintech Fever program to link promising young people with startups has given its founders access to talent they couldn’t otherwise have found.

“Four hundred kids at university applied for internships with Stone & Chalk’s resident startups, between five to ten ended up in paid employment before they graduated,” Scandurra says.

“To have the founders come back and say, ‘Geez, these guys are better than we are and smarter than we are’ was a massive personal success.”

Stone & Chalk’s next 12 months will be transformative, Scandurra says.

“Our building gets knocked down at the end of next year,” he says.

“We deliberately try to charge as little as possible for the startups themselves,” he says.

“The biggest challenge now is how do we find a model so that cities and governments are behind this and recognise the power of startups in their infrastructure.”

He also wants to help bring an end to cross-town rivalries in fintech.

“We’d love to be able to support Melbourne,” Scandurra says.

“There’s so much bullshit between Sydney and Melbourne, it’s just unproductive. We want to be a national asset.

“We’re going to focus more on Asia. We had the first three Chinese fintech startups arrive in August and we’re helping Australian startups gain traction in that region.”

In addition to this, Stone & Chalk will be placing a high priority on its cyber security innovation program run in partnership with Data 61, the Australian Chamber of Commerce and Industry and KPMG.

“Every industry is heavy on digital and not having cyber security [is like] outsourcing the Australian Defence Force,” he says.

“We’re looking to help shift the needle in that regard.”