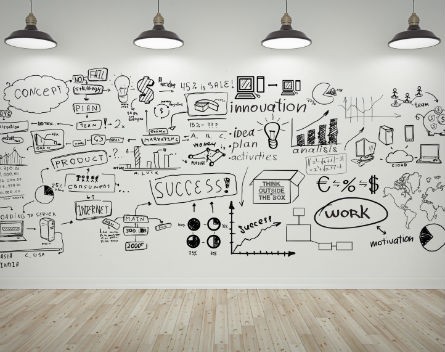 All members of retail and industry superannuation funds should be given the opportunity to ‘opt-in’ to support Australian innovation, according to the managing director of OneVentures, Dr Paul Kelly.

The opt-in clause would operate in a similar way to the opt-in clauses some superannuation funds provide for sustainable investing, and divert a small amount of their superannuation assets to ‘sustainable funds’ like properly constituted Venture Capital Limited Partnerships. Kelly says such a change would go a long way towards strengthening the local venture capital market.

The solution was examined in OneVentures latest Thought Leadership paper, which examined the role that venture capital and private equity investment could play in helping Australia meet the goals set in the Intergenerational Report.

“Even if just a small proportion of people allocated 1% of their superannuation to innovation, whether its private equity or venture capital, it would have a massive impact,” he says.

“There’s a relatively small amount of venture capital available in this country, in the hundreds of millions. You would transform the industry into one which is much more competitive and makes much more capital accessible.”

Kelly believes that the vast majority of the public would be disappointed to learn that so few of their dollars support Australian innovation.

“I think there would be a very strong appetite for it. The average individual from our experience and anecdotally, we haven’t done a detailed market analysis yet, but there’s strong support for a transition to the innovation economy,” he says.

Much has been made recently of the federal governments change’s to the Significant Investor Visa and the impact those changes could have on the venture capital and private equity market in Australia. The changes require wealthy individuals wishing to gain permanent residency in Australia have to invest $500,000 in venture capital.

The hope is that the change will pour millions of dollars into venture capital and private equity. Between November 2012 and March 2015 751 Significant Investor Visas were granted. If the new rules applied that would have resulted in an additional $375.5 million to invest.

Kelly hopes that sort of impact will occur, but is less optimistic. He is waiting to see if the venture capital and private equity industry will have to bear the cost of complying with anti-money laundering laws. He’s also concerned about whether or not there’s a disconnect between the expectations of those investors and the time it takes to see returns in the venture capital industry.

“One of the challenges is they need to educate the Significant Investor Visa investors as to the various risks and benefits of that asset class,” he says.

“How this shapes up over the next two years is going to be interesting to watch. There’s potential for a large administrative burden, and misalignment of investor expectations and what those funds can deliver.”