Global startup with 25 million users sets up shop in Australia 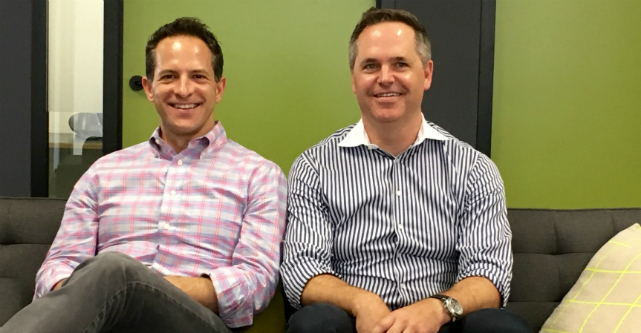 Online survey platform SurveyMonkey will now have a physical presence in Sydney and newly appointed CEO Zander Lurie says the location provides the perfect central location in the Asia-Pacific region.

“We considered all of the different options,” Lurie tells StartupSmart.

“We love Melbourne too but this is where we have our talent.”

It has even entered politics delivering hotly debated predictions through NBC News’ US election tracking polls and in recent UK elections.

“Because of the services we deliver and all the data aggregated, we have the ability to tell more data driven stories,” Lurie says.

SurveyMonkey Australia and New Zealand managing director Tony Ward says it’s also an important tool for startups and one he wishes he’d known about when he left Microsoft to start his own venture.

“If I had known that SurveyMonkey had a self-serve product that lets you do market research with your own credit card, I would’ve done that because I would’ve known the product wasn’t going to fly,” Ward tells StartupSmart.

Rolling out online surveys to collect data on market demand can be an effective way of showing investors the potential uptake of a product or service here or anywhere overseas, he says.

The original CEO and founder of SurveyMonkey David Goldberg passed away suddenly early last year but Lurie says his impact is still felt in the organisation.

“Dave was a world class leader,” he says.

“The culture he built in the company is based on both the quality of the team you’re recruiting and training, and the values you live by.”

Eight weeks into the role, Lurie says he has been inspired by the team’s loyalty to Goldberg.

“I will do my very best with that,” he says.

Embarking on this huge responsibility, Lurie says he knows what Goldberg ultimately hoped for with Survey Monkey.

“We talked about it at length,” Lurie says.

“He wanted to build a company that lasts with an enduring product for customers.”

As Survey Monkey heads on towards its most profitable year yet, turning over $200 million, Lurie says he has had to make some tough decisions.

Earlier this year, he made the call to let go 100 employees.

“When you have a super healthy core business that deserves more investment and innovation, you have to prioritise resources, lay out a strategy, put your foot on the pedal and invest in areas that will move it forward,” Lurie says.

As startups grow and expand to new markets, founders who remain as CEOs will inevitably need to make tough calls like this, Lurie says.

“My advice from being old and working from multiple places is there are no short cuts,” he says.

“The internet is a super attractive arena for web-based businesses but it’s also hyper competitive.”

This means making a lot of good decisions to create excellent products that can be innovated, are available on all devices, are fairly valued for customers and beat competitors to generate ongoing profits that let you invest back in the venture for long-term growth, he says.

“Have passionate employees that care about that.”