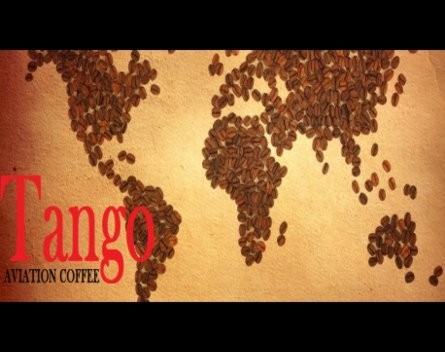 The muted flavour of coffee at high altitude inspired Mark Diaz and Bernard Cheah, founders of Sydney-based Tango Aviation Company, to investigate how to improve the drink’s taste on airplanes.

The pair collaborated with coffee luminary Instaurator, the former chairman of the Australian Coffee and Tea Association who goes by one name, to create a blend of coffee that withstands the dulling of the tastebuds, a common occurrence on planes.

Plane food’s long-held reputation for being bland and tasteless can be blamed on the low-humidity environment of planes. It dries out the nasal passage, which significantly reduces our sense of taste.

After extensive experimentation and testing, Instaurator worked out a way to enhance the flavour of coffee at altitude.

“We battled against the science responsible for dulling the flavour of coffee at altitude. We had no idea how complicated and demanding this challenge would turn out to be,” says Diaz, an aviation consultant.

The top-secret process cost “obscene amounts of money”, according to Diaz. “We had to test the coffee in-flight every time we made an amendment. Our frequent flier points are huge.”

Diaz says Instaurator was able to manipulate the flavours through roasting a premium blend of coffee beans, without resorting to adding chemicals or flavour enhancers.

“He reversed a particular process and combined it with one of his other clever innovations,” says Diaz.

Tango is hoping to follow in the footsteps of British tea company Twinings, which partnered with British Airways after developing the first high-altitude tea.

The turbo-charged coffee launches in a month and Diaz and Cheah are keen to get it in the air quickly.

“Our aim is to have Tango Aviation Coffee on board all flights within Australia,” says Diaz. “It’s certainly no secret that Aussies are coffee-savvy. They know good coffee from bad and will go to extraordinary lengths to get it.”