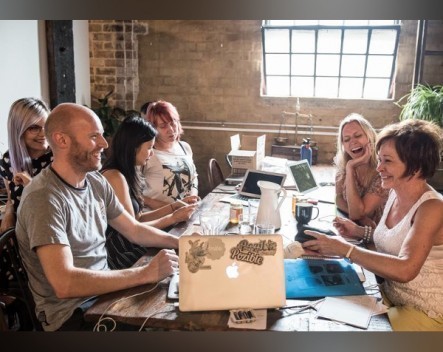 A Sydney co-working space is turning to crowdfunding to help fuel its expansion and meet the growing demand for collaborative working environments.

COMMUNE, which is based in the inner western suburb of Newtown, is looking to open up a new co-working space after outgrowing its first home.

The organisation, which specialises in hosting entrepreneurs and creative freelancers in the one space, is seeking $30,000 in exchange for memberships, workshops and other rewards.

Founder Sam Ali told StartupSmart the Pozible campaign was a great opportunity for people to learn about co-working and sign up for a desk space.

“It’s not really about getting the money to build the new space, it’s about preselling the space,” he says.

“We’ve got memberships at discounted rates that people can pre-purchase. When I really looked at it I thought it would be beneficial, so we’re not opening up with an empty space – we’ve got people ready to go and who have contributed to the community we’re building here.”

Ali says he founded COMMUNE in 2012 because while Sydney had a number of co-working spaces, few catered to both entrepreneurs and creatives such as copywriters and photographers.

“I started working from one that was quite a corporate space, so I thought there needed to be something to be catered towards creative,” he says.

“In terms of entrepreneurs as well, we’re trying to promote social entrepreneurship – so people taking an active stance in their community and who are trying to make the world a better place… so more than just someone with an idea of how to make more money.”

While Ali says collaborative work spaces are becoming increasingly popular in Australia, skyrocketing rental prices are proving an uphill battle when it comes to tackling demand.

“I think there’s not an issue with space so much as with cost,” he says.

“Sydney is becoming extremely expensive and in the three years we’ve been running our rent has gone up considerably. So that’s becoming more prohibitive than finding spaces. I’ve got to be very, very careful about our outgoings as there’s only a certain potential that a space can make in terms of profit.”