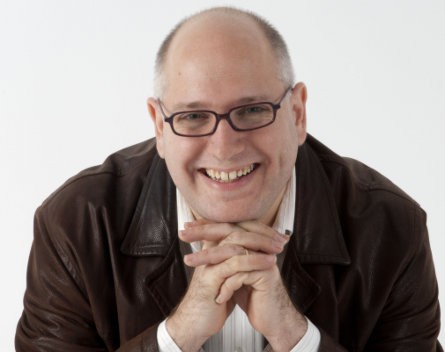 Sydney-based start-up Shoeboxed Australia is encouraging other start-ups to consider revenue-based financing, after raising $150,000 in a bid to boost its sales and marketing efforts.

It is an offshoot of US-based company Shoeboxed.

After raising an initial seed round of $250,000 – from friends, family and several unnamed investors – Shoeboxed Australia has raised an additional $150,000 in growth capital.

These funds are the result of revenue-based financing – a type of financial capital that can be made available to small or growing businesses.

Revenue-based financing (RBF) investors inject capital into a business in return for a percentage of ongoing gross revenues until the capital amount, plus a multiple, is repaid to the investor.

Most RBF investors expect the loan to be repaid within four to five years of the initial investment.

RBF is often described as sitting between a bank loan – typically requiring collateral or significant assets – and angel or venture capital, which involves selling an equity portion of the business in exchange for investment.

In an RBF investment, investors do not take an upfront ownership stake in the business, usually taking a small equity warrant instead.

RBF investments usually do not require a seat on the company’s board of directors, and no valuation exercise is necessary to make the investment.

Also, RBF does not require the backing of the loan by the founder’s personal assets.

“Basically, because we’re a licensee, and just the nature of our agreement with the US, we’re cashflow positive,” Foster told StartupSmart.

“But being able to raise growth capital has been complicated because it doesn’t really fit into the model most people are using at the moment.

“It becomes tough to borrow in a normal fashion. You’re too small for a lot of investors, certainly for smaller VCs. Angels are not necessarily interested.

“The banks are going to require a mortgage over your house and not everyone has a house to mortgage and, even if you did, it’s not generally a good idea.”

Foster has contributed his own money to the company’s revenue-based loan.

“We’re structuring this deal at about a 21% return based on forecasts and we think it’s a pretty attractive alternative on both ends. No conversations about valuations are required.

“The other thing we’re in discussions about at the moment is we’d really love to see other businesses take up this model.

“A lot of start-ups say, ‘Here’s how we’re going to become a $100 million or $200 million company. We don’t think that’s realistic for a lot of businesses.

“These are perfectly viable businesses that will one day turn over $10 million or $20 million… They don’t need to raise $1 million or $2 million to prove their point.

“There’s no way you can raise a smaller amount of money without relying on friends and family or giving away enormous amounts of equity.”

Foster spoke further to StartupSmart about introducing US software into the Australian market, how the business promotes itself, and why the 457 visa program remains a contentious issue for the Australian IT industry.

What’s your background and what prompted you to start Shoeboxed?

I’ve got a computer science degree and I went through the dotcom boom days, working for a few start-ups, and then worked for a number of other software companies, including start-ups, after the crash, mostly based out of Europe.

I came back to Australia eight years ago and sort of continue along the same line. When the GFC hit, I left the job I had at that point and decided it was time to go out on my own.

It took about three years to find a business that was viable, which ended up being Shoeboxed.

That was three years ago now.

What was it like bringing existing software into the Australian market?

That was pretty good actually. My experience has been almost entirely working for branches of international and American software companies so it wasn’t terribly different from that perspective.

It’s different in the sense that it’s cloud software, so you can’t wait a year to localise stuff. Everything has to be done at the same time.

The big attraction to Shoeboxed was just looking at some of the financials.

We have a business that’s actually quite labour-intensive, and the types of efficiencies that were going through the software that enabled us to price it the way we do was pretty incredible.

We were able to set up relatively quickly. We were the first operation for Shoeboxed internationally – we’re actually the only international operation still.

It was just figuring out what the commercials would look like. Once we got past that, it was much simpler dealing with the practical things of setting up a business.

What are your user numbers now?

We’ve now pushed beyond about 15,000 across all of our user base, so that includes the free offerings, and we’re approaching 2,000 on the paid plans.

How do you promote the business?

It’s a combination of things.

We spend a lot of time educating the accountant and bookkeeper market, so that’s just writing blogs, attending events, talking, providing material to the accounting, editorials – all that type of stuff. General market information as well.

We spent a little bit at launch time on PR. Since then we’ve primarily done it ourselves. We’ve done online advertising – AdWords of course.

How many staff do you have?

We’ve just hit 14 people. We’ve actually got to the point where the biggest challenge is hiring.

We’ve seen our volumes double and triple over a very short period of time, and it’s just constantly hiring and bringing in new people to do that.

We’re at the point where I can’t keep doing all the bookkeeping and accounting myself.

We don’t really give them out.

There’s some stuff about the US which is on public record… They raised $1.5 million 18 months ago now. They have since done a loan of a similar sum, and they’re doing extraordinarily well.

Other than the US and Australia, where is the growth coming from?

We’re seeing quite a bit of growth coming out of Europe unbelievably, with the troubles there.

[The US division is] seeing traffic from all over the world.

What is the biggest risk you face?

The biggest challenge is letting people know that we exist. We could blow 20, 30 or $40,000 on a radio advertising campaign and get almost no sales.

And so it’s just managing the expenditure – not getting caught up in the growth and trying to spend to grow faster.

It’s about managing costs, making sure we’re hitting our revenue numbers, dealing with the challenges of growth.

We’ve gone from your true early, early state start-up – where everybody does everything because you’re very resource-limited – to not being quite as resource-limited and having to start putting in proper processes and formalise a lot more, but still making sure we don’t overspend. We’re still a small company.

What are your thoughts on the alleged abuse of the 457 visa program in the IT industry?

In one sense I’m not too worried because we do spend a lot of money on training for staff… We’re [also] employing long-term unemployed and most small businesses don’t do that.

Where we struggled is finding a marketing person who understood start-ups, who wanted to work for a start-up.

Most of the graduates – certainly the good graduates – in Australia don’t want to. They want to go in and work for a bank and things like that.

We were lucky. We have a US office and so we were able to bring people in there to work on our stuff and then identify a great employee in Sara [Wiedenhaefer, Shoeboxed Australia marketing manager] and brought her out here on a 457.

In terms of what it means for the industry, there’s certainly been a lot of fuss lately. You’ve got the guys from Atlassian and from Freelancer.com talking about what I think is true – that it’s very, very difficult to find qualified people.

The challenge is – having spent time in the States and time in Europe – there just aren’t that many software companies in Australia, and actually building the software here.

The big money used to be to work for Oracle or Sun or Microsoft where you’re not really developing software yourself – you’re assisting – and it’s just very tough for those guys. They’re not filling roles.

Those type of developer roles – I can’t imagine you’re going to be able to fill with Australians.

And there aren’t enough graduates coming out of the universities, and you’re not going to take a new graduate either. You want people with experience.

If they’re working in the finance industry, such as banks, they don’t often want to leave. They usually get paid pretty well.