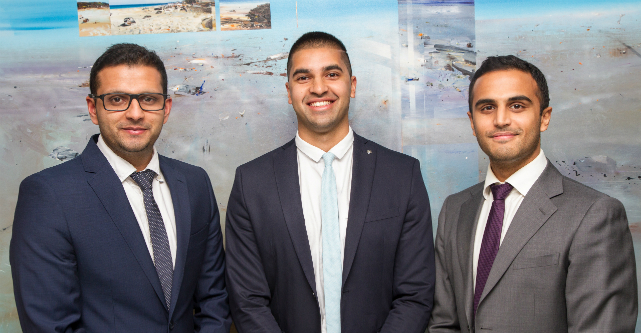 A Sydney startup aiming to give a personalised touch to cancer treatment and help patients through this process has officially launched after nearly three years of development.

CancerAid is an app that helps to organise a patient’s cancer journey and manage their awareness and expectations in an individualised way while also working with clinicians to deliver tailored information.

The app also includes a telemedicine aspect, where specialists can keep track of a patient’s progress and offer on-call support.

The Sydney-based tech company is also in the process of closing a “large seed investment” which it will use to further develop the offering and scale it globally.

The first version of the app is now available in the iOS App Store, with two planned updates for the coming months.

CancerAid founder and CEO Nikhil Pooviah, who worked at the Chris O’Brien Lifehouse Hospital, developed the app along with four other doctors across three years, and also took part in the Slingshot HCF Catalyst accelerator program earlier last year.

He says a lot has changed in this time of iterating and getting direct user feedback.

“It’s been a long journey but it’s all coming together,” Pooviah tells StartupSmart.

“We spent so much time developing our first iPhone version, and in the last two or three weeks we’ve found a component that we haven’t made that would’ve been useful, and we would’ve found it earlier if we had gotten some user insight from the community.”

This new component is a social side to the app, a platform where cancer patients can communicate with others who are going through the same thing.

“Someone on chemo can connect with someone else on chemo, or they can talk to someone who has had the same operation as them,” Pooviah says.

“It’s a community where patients can interact and talk with each other, and that’ll be the sticky feature of the app.”

CancerAid is currently workshopping this platform on Facebook, and Pooviah says he hopes to have it integrated into the actual app in the coming months.

The CancerAid team also recently travelled to Chengdu in China as part of a bilateral trade and innovation exchange, meeting with local entrepreneurs and investors after winning a pitching competition held in Sydney last month.

“We met a lot of interesting people and we got to learn a bit about the landscape for launching into a market like China,” Pooviah says.

“There are a lot of barriers and things you have to consider when you’re trying to do it. We’re not ready just yet for the Chinese markets but now we know the right channels to go down.”

The doctor-turned-entrepreneur says he has learnt from the three-year journey that testing your startup’s product with real people is the most important thing a founder can do.

“We come across a lot of startups and entrepreneurs who are very product-focused and really spend a lot of time trying to figure out the best products before trying to validate it amongst a customer or a user,” Pooviah says.

“Try to validate it either by getting some feedback from users or customers that the product is actually what the end user wants before spending a lot of time and money developing something that won’t get taken up necessarily.

“You should fast-track the MVP as quickly as you can so you can validate it before making the final product. That’s what I’ve learnt first-hand.”