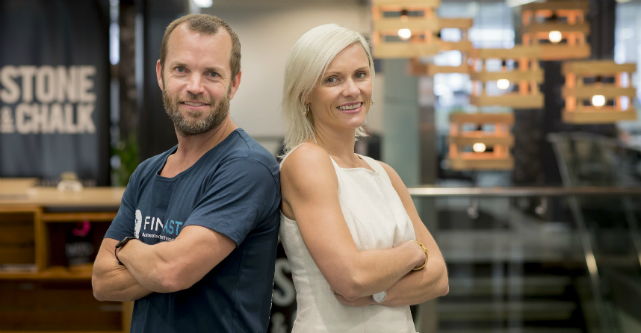 Sydney-based fintech startup Fincast has scored a lucrative partnership with a large Singaporean bank after winning a worldwide hunt for tech solutions that make banking easier and simpler.

The startup was one of eight selected from 200 applicants from around the world to take part in the Nest accelerator program earlier this year, and is now one of three selected to complete a three-month pilot program with OCBC Bank.

The Singaporean banking giant is now a paying customer of the Aussie startup, and Fincast co-founder and managing director Andrew Connors says it is an important milestone for the homegrown company.

“It’s a very big moment – this is the largest organisation that has publicly endorsed our application,” Connors tells StartupSmart.

“In Australia we’ve had more than 20 financial advice companies involved in our beta testing and adaption but this is our first major win and first major fee-paying client.

“This is pretty significant for us.”

The three-month pilot program will begin in the fourth quarter of this year and will see Fincast’s software used by up to 100 customers of OCBC’s Premier Banking branches.

Connors says this provides the perfect opportunity to break into the Asia market.

“We look at this particular win as a beachhead to the broader south-east Asia market,” he says.

“These banks have a pretty broad reach across all of south-east Asia. The real opportunity is to extend beyond the Singaporean market into those other jurisdictions.”

He says more startups need to be looking towards Australia’s closest neighbours rather than the US or Europe.

“You have to look to your own backyard first and foremost,” Connors says.

“The Australian backyard is south-east Asia and that’s a big market. It should be a really key market for any company in Australia.”

Fincast is based in Sydney fintech hub Stone & Chalk, and the co-working space’s CEO Alex Scandurra says the startup’s global win is a testament to the rapidly developing local ecosystem.

“Seeing an Australian homegrown fintech kicking goals in a regional competitive accelerator is proof of the momentum building in our fintech ecosystem,” Scandurra tells StartupSmart.

“It underlies the opportunity for Australia to become a regional leader.”

Fincast’s service is yet to be picked up by a bank in Australia, and Connors says this is an area where the local players are lagging behind.

“I think Australian banks are certainly not advanced in the way they engage fintech companies compared to our experience in Singapore,” he says.

“They’ve tipped their toes in and they’re good at kicking the tyres of fintech companies but they haven’t been as good as Singapore institutions in working on a model that provides a legitimate and robust partnership arrangement.

“That’s one area where they’re lagging a little bit.”

Fincast was launched two years ago as an offshoot of Connors’ other startup, investment solutions company Quilla.

“We had the ability to build an app that would allow advisors to customise and build portfolios in real-time utilising the latest research available,” Connors says.

“It was always about supporting financial advisors with tech that can help them do their jobs better rather than tech that’s going to replace them.”

He says that releasing an MVP to real users as early as possible was crucial to Fincast’s early success.

“What we did really early on was validate what we were doing with more than 20 independent financial advisors,” Connors says.

“We got great feedback and that helped to shape the end product to the point where we already knew it was going to be successful.”

This should be the focus of all early-stage founders rather than immediately seeking to raise external funding, Connors says.

“With early-stage entrepreneurs you hear a lot of talk about capital raising and seed and Series A,B, C,” he says.

“But there needs to be less of a focus on how they’re going to raise the money and more of a focus on building, as cheaply as possible, their MVP in an area they knew has a need and will pay for it.

“You need to have that feedback loop very early on in the development of the product. You need to build the best product you can rather than focusing on raising a Series B round.”