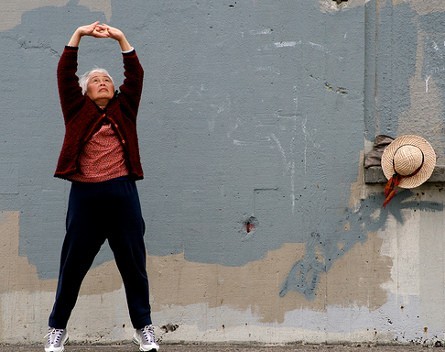 Sydney startup Active Health Tech is hoping to improve the rehab of the six million Australians affected by musculoskeletal conditions.

Last year, according to a report produced by Arthritis and Osteoporosis Victoria, such conditions cost the Australian economy $55.1 billion in direct health costs, lost productivity and reduced quality of life.

Active Health Tech is developing TrackActive, a program which aims to help improve recovery times, and in turn, get people back to work faster and decrease the burden on the health industry.

“When you go to a health professional and rehab an injury, normally you’re given some stick figures depicting exercises and told to go away and do them,’’ Levens says.

“Now we’re trying to get the therapist to prescribe exercise through a web application.

He says they have had a great response from those using the beta version of the web app, including the RPA Cancer Centre, Tennis Australia and the Dutch Olympic Federation as well a practices in the UK and the Washington School of Medicine in the US.

Both Levens and co-founder Ian Prangley are well versed in the treatment of such conditions, Prangley is a sports physiotherapist and physical performance coach who has worked with the Australian Institute of Sport and Tennis Australia, while Levens was a professional tennis player and has 15 years of experience in software development.

Active Health Tech has been showing TrackActive at the CeBIT Australia Expo, and was one of three startups visited by New South Wales Premier Mike Baird and Deputy Premier Andrew Stoner.

The company received an Innovate NSW grant from the New South Wales government’s Department of Trade and Investment because of its potential benefits to healthcare.

“We believe we can help people out there to exercise more, it’ll help get them recovered faster, get back to work earlier; we’re looking to integrate it with workers’ compensation organisations or health insurance,’’ Levens says.

“What we’re seeing in health at the moment is they don’t utilise technology as much as they probably should.”

The startup is looking to try and attract health investors for a seed funding round over the next few months, with the aim of launching TrackActive commercially in June or July.