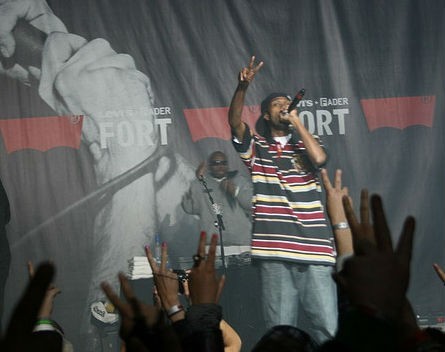 An Australian startup disrupting the local music industry is expanding its “pledging model” and looking to expand overseas.

Edwin Onggo, founder and chief executive of GiggedIn, told StartupSmart the business has been described as a Kickstarter for music gigs. When the startup first launched a year and a half ago this was certainly the case – the business helped musicians and event organisers book gigs by getting fans to first pledge their support.

“It completely removes the risk of no one turning up,” Onggo says. “But we’ve moved on to other models.”

Yesterday, GiggedIn announced a new pledging model coinciding with the Australian tour of American band Bone Thugs-N-Harmony. Onggo says this is all part of the startup’s plan to trial different ways of injecting fresh energy into Australia’s live music scene.

“For the majority of the shows we’re rolling out a support slot competition where we invite all of the local emerging artists in that city to potentially win a support slot,” he says. “They do this by getting their fans to buy tickets and vote for them. It’s a new way for these emerging artists to consistently gain access and big opportunities that weren’t there recently.”

Onggo says the idea came from wanting to use technology to give emerging artists new opportunities to help expand their careers.

“The music industry is a great industry but it definitely has a lot of opportunities to be had by levering technology,” he says. “One of the most powerful things I’ve found is really strong connections that exist between an artist and a fan. What we’ve built is, sure, crowdfunding and ticketing – but ultimately it is about tapping into that real passion that has always been there.”

GiggedIn was assisted by startup accelerator BlueChilli, and at the moment is turning its attention to raising capital and speaking to investors. From there, Onggo hopes to take the business overseas.

“We’ll be focusing on Australia for six to 12 months and then from there looking at expanding globally.”