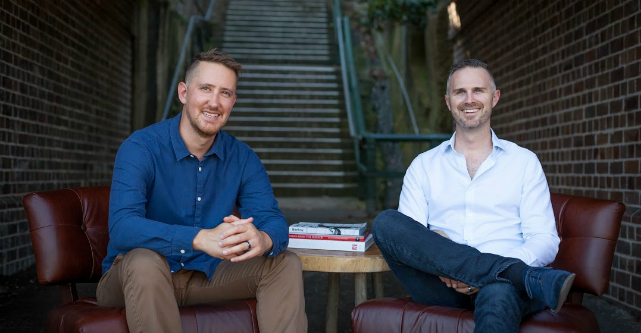 The investment comes from ASX-listed ad agency AdCorp, which has taken a 15% stake in the company.

The Shootsta platform provides large companies with the necessary training and camera kits for them to shoot their own videos, with the footage then sent back to the startup for post-production.

As part of the investment AdCorp CEO and managing director David Morris will be taking a seat on the startup’s board, while Shootsta co-founders Mike Pritchett and Tim Moylan will remain in charge of their company.

Shootsta’s platform will now become a core part of AdCorp’s offering, with the funding used to expand the startup’s marketing and sales efforts.

The startup has been up and running for just six months but in that short time has already scored a strong of high-profile clients, including Qantas, Bank of Queensland and Toyota.

Its ability to attract corporate clients played a big part in the investment round, with Shootsta bringing in more than 20 blue chip partners.

Pritchett says this is thanks to having an unrivaled offering.

“Our offering is unique, it’s something that’s very much needed in the industry,” Pritchett tells StartupSmart.

“Clients were constantly asking us for this kind of service, they needed to create a lot of content on a cost-effective basis,” he says.

But this doesn’t mean their blue chip clients simply drifted into Shootsta.

“It has been a lot of work to be honest,” he says.

Pritchett says two core strategies have helped Shootsta get to this stage.

As the founder of a fast growing startup whose focus is on managing and growing the business, Pritchett says one the best things they have invested in is sales talent.

Very early on, Pritchett recruited a business development manager and assistant sales manager to help get Shootsta’s name out to potential clients.

“We brought on a fantastic sales team that had pre-existing networks,” he says.

But investing in marketing and sales as a new startup can be a major challenge, with talented and experienced sales professionals being scarce.

“We already made one big mistake with a salesperson, which really hurt on a cash flow level,” he says.

Additionally, the risk of startups can deter great talent who are used to corporate comforts.

“You’ve got to be able to instill confidence that what you’re doing is going places,” he says.

Before bringing on sales people, Pritchett secured a few initial clients by himself, without a taking a wage and putting every cent he made back into getting more clients.

“I got out there and got our first two to three clients on board,” he says.

“You almost have to be a salesperson to start with so you’ve got money to pay them and bring enough of a substantial offering so they can trust what you’re doing.”

Finding the right talent comes down to cultural fit, he says.

Creating a culture that connects, empowers and celebrates

To ensure Shootsta keeps great talent, Pritchett has dedicated a lot of effort into building an engaging culture and work environment.

Employees are shouted coffee to kick off the week and review project progress.

“I don’t breathe down their necks,” he says.

“It’s not about us pressuring them to be sitting at their desk.”

Instead the space to take ownership of their projects generates a shared sense of responsibility among employees to step up the plate and get work done.

To cultivate this, Pritchett offers bonus structures to reward employees for hitting targets and they also hand out “just do it” awards.

“We give it out on occasion when we find that somebody in the team just did something, whatever it was they came up with the initiative and took it all the way through to execution,” he says.

“You’ve got to create a company that people want to work at,” he says.

“Listen to your team.”

Pritchett lives by this principle so much so that he rolled up his sleeves and renovated their kitchen himself so his employees could have access to an oven and induction cooker so staff can cook meals at work.

Among requests for hammocks and sleeping pods, was this idea for a fully equipped kitchen.

While initially thinking this was a bit excessive Pritchett says it actually brought his team together through freshly cooked breakfasts and lunches shared among staff.

“It gives it a great community feel,” he says.

“Once people sit down there for a meeting, they feel like this is a place where they want to be.”