Take a break, then take another look 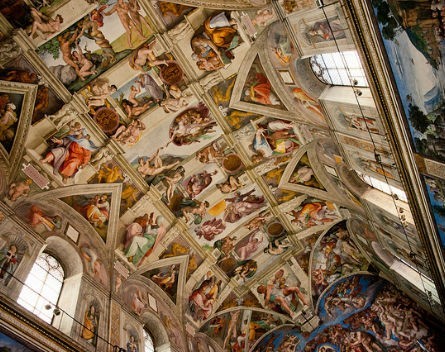 Well, as long time readers are aware, yours truly can be a little on the humble side. That being said, as far as code goes, this was not merely art. No, this was the software equivalent of Monet.

After countless hours fuelled by Dr. Pepper and Red Bull, surrounded by the caskets of dead pizzas, the masterpiece was complete.

Then came the moment of revelation. I loaded it up onto the dev site, opened the page.

Then it happened. The moment of terror.

Well, Old Taskmaster took a look at line 147. It was perfect.

After an hour or so rummaging through code and trying different things, the error was still there!

This was beautiful code! Worthy of Picasso or Giotto! If da Vinci wrote webscripts, this is what would have been produced! Why, this code could be framed and hung on a wall next to a Cézanne in the Lourve and become world famous for its beauty.

It was about then that Old Taskmaster stepped away and watched some TV.

Except while watching TV, a strange thing happened. Maybe the error wasn’t in holy-taskie.php. Maybe it was in another file?

Sure enough, upon coming back to the computer, the answer became obvious. A cursed missing semicolon. A blemish, a fly on this technical masterpiece worthy of Piero della Francesca.

The moral? Those who code and walk away find the bug another day.

Get it done – after a break!