Taking the pain from bookkeeping – Follow the Founder series 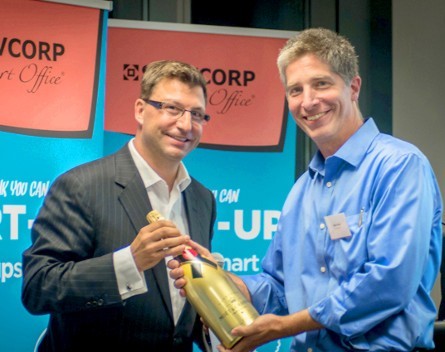 Tim Stroh has always recognised that bookkeeping and accounting for small businesses is a pain and drain.

“It sucks resources from your business,” he says.

When he was running a customer relationship and digital marketing business he had two full-time staff whose job was processing payments and other routine bookkeeping tasks.

After leaving the business in 2010, he set out to come up with a way to automate paperwork processes, simplifying it for small businesses and freeing up accountants and bookkeepers to add more value to the services they provide.

Stroh founded Bocastle, which uses patented technology to allow an image of a transaction document, such as an invoice, to be scanned and relevant information to be extracted, verified and entered in a business’s accounting function.

The business won StartupSmart’s recent So You Think You Can Start-up pitching competition and will be part of our Follow the Founder series for the rest of the year.

Stroh says he’s a strong believer that the economy is driven by small business and wants to do whatever he can to help the sector.

“Small businesses are the shock absorbers when times get tough,” he says. “They tend to hold onto employees and suffer more pain far more readily because they’re far more personalised. They know the person at the front of the shop and are reluctant to fire them.”

Stroh says while it may sound “corny”, he says if he can remove the pain of bookkeeping for small businesses then he’s made the world a better place.

Stroh says Bocastle – which is the working title for the company and is likely to change – says he felt most validation for the product when, after being told by accountants what he wanted to do wasn’t possible, his wife, who’s an accountant in the film industry, read his proposal and saw it would work.

“Given her background, that was fundamentally important,” he says.

Other accountants and small businesses have also since said it would work, including a chartered accountant who’s become Stroh’s partner in the business after seeing the prototype.

Bocastle also has a Melbourne developer firm on board.