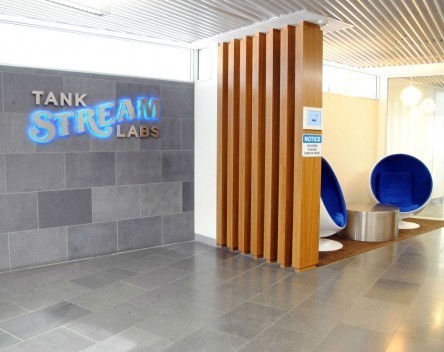 Tank Stream Labs houses the presence of large international companies like Survey Monkey, Braintree and Buzzfeed, and home-grown startups like goCatch and Airtasker.

Since it was launched two years ago by managing director Balder Tol, the co-working space has grown to house 34 startups, which have collectively raised over $21 million over that period.

“The expansion addresses a growing waiting list of startups eager to join TSL and our strong community of successful businesses,” Tol says.

“The new space is 75% full just two days after opening, with Ashop, AdviceConnect, Interactive Accounting and Infrastructure getting to be the first businesses to move to the new floor.”

While the number of startups looking for working space is growing, Tol says Sydney still has a long way to go if it wants to catch the world’s better known startup hubs.

“It’s a lot better than four years ago, let’s put it that way,” he says.

“The whole ecosystem is slowly developing, I don’t think we’re there yet, but there’s definitely some positive signs.”

Tank Stream Labs makes a point of opening its doors to international companies looking to develop a presence in Australia. Tol says they usually bring with them talented employees, a valuable resource for the startups at the co-working space. Each level of Tank Stream Labs Bridge Street building caters to businesses that are at similar stages of development.

Airtasker co-founder Tim Fung, who has been working at Tank Stream Labs for almost two years, says the advantages of working there are numerous.

“As a result of our co-working situation, many companies in the TSL community like goCatch and Braintree are now using Airtasker for product testing, market research and promotions,” he says.

“TSL has some of the smartest guys in the industry with expertise in digital marketing and technology.”

Desks at the Bridge Street location are priced from $400 to $800 per month, depending on the level of commitment to the space.