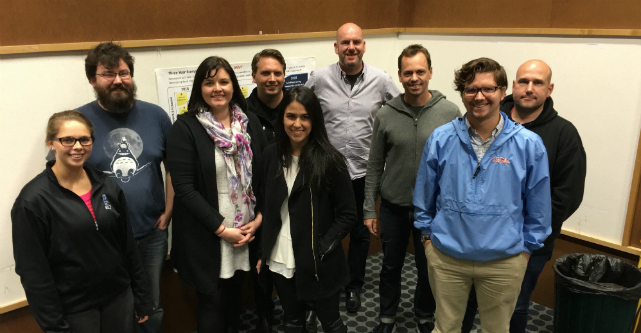 The Tasmanian government has unveiled two new innovation hubs in Launceston and Hobart that will bring together “all the elements required for a thriving startup ecosystem”.

The Enterprize hubs, which will be provided with seed funding from the state government, will offer the resources and support needed to inspire and accelerate the next generation of students, founders and entrepreneurs.

Enterprize was officially opened by Tasmania minister for information technology and innovation Michael Ferguson on Friday.

“While Tasmania may be small, its startup ecosystem is vibrant, densely interconnected, well-supported and growing rapidly, which all suggest that it’s going to be a regional startup ecosystem to watch over the next few years,” Ferguson says.

Amazon Web Services and Google will provide access to free products, services and training at the hubs, while Startupbootcamp, muru-D and Pollenizer will be running events locally.

The government funding will go towards a non-profit company that will be managing the two spaces and overall program.

Startup Tasmania president James Riggall says the program is all about developing the local startup ecosystem, bringing the community together and providing hands-on mentoring and training.

“This unique partnership brings together all the elements required for a thriving startup ecosystem,” Riggall says.

“For the first time everyone will be working together with a common vision: to ensure that innovative ideas are given the best chance of success.

“This announcement sees a whole-of-state approach which has the full support of the leaders in the startup community, corporates, university and investors.”

Startupbootcamp Melbourne co-founder Richard Celm, who helped to design the Enterprize strategy and program, says the concept draws on best practice from around the world.

“Small startup communities with a greater concentration of activity can produce better than expected results when the right structures are in place,” Celm says.

“It’s been great to be able to bring lessons learnt from the best programs in Europe back to Australia, and have them so quickly adopted like here in Tasmania.

“I predict great things for the community down here.”

The initial innovation hub in Launceston will initially be a “pop-up” run by BSchool until a space at Macquarie House is operational in a year’s time.

This focus on startups outside of the major cities is crucial for Australia’s economic development, StartupAUS CEO Alex McCauley says.

“One of the great economic advantages that technology can deliver to Australia is that it removes the tyranny of distance,” McCauley says.

“That is even more important in a Tasmania context. For us to capitalise fully on the vast opportunities presented by digital technologies, we need engagement all over the country.

“This fantastic initiative will put Tasmania on the Australian startup map.”

For local investor Rohan Boman, the Enterprize hubs are another positive development for the burgeoning sector.

“As a local investor, what’s going on in the technology space is particularly interesting at the moment because of the slowing growth in traditional industries,” Boman says.

“Tasmanian investors have invested and are interested to invest in Tasmania technology companies and innovation hubs have proven to accelerate the investment opportunities for startups within a community.”