Tech giant Chris Ridd joins Seera as an investor and advisor: How the Melbourne startup wants to follow in Xero’s footsteps 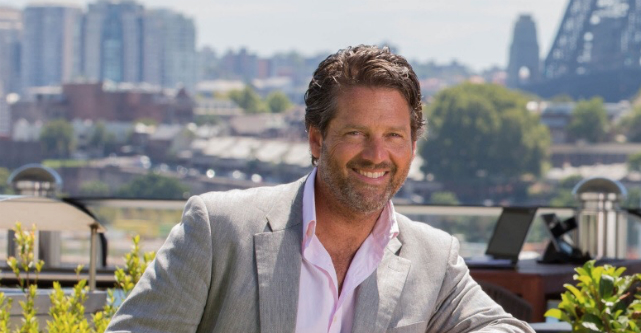 Prominent Australian tech entrepreneur Chris Ridd has invested in Melbourne cloud-based  HR startup Seera and also signed on as an active advisor as it looks to become the next Xero.

Ridd, who recently served as Xero Australia’s managing director and has also worked at Microsoft, will be bringing his expertise from the cloud accountancy space to Seera, which is hoping to reach the same lofty heights of New Zealand tech giant Xero.

Seera is a cloud-based talent management platform centred around the competency of employees and potential hirings, targeted at SMEs.

Seera founder and CEO Bradley Birchall says he has been in discussions with Ridd for the last seven months.

“Chris was responsible for implementing some stuff at Microsoft around using competencies to evaluate their people quite some time ago,” Birchall tells StartupSmart.

“So when I introduced him to what Seera is baed on he instantly understood our position in the market, which is very unique.

“Chris has gotten to know the team and our business to the point where he was so impressed with how we run our operations and our product that he wanted to invest and take a more active involvement.”

The size of Ridd’s investment in the startup has not been revealed, but Seera is currently completing a $10 million Series A round which Birchall says will be closed in the next few months.

Having someone of Ridd’s calibre and experience on board extends far beyond the capital injection, he says.

“His experience in cloud-based products and SaaS with Xero is extensive,” Birchall says.

“It’s important to have people in your team with experience that have been through and suffered the pain, and Chris definitely has.”

Birchall says Seera is currently in a similar position to Xero after two years of operations, with about $1 milllion in annual revenue and an IPO planned for mid-2017.

Under Ridd’s guidance, Xero was turning over $100 million five years later, and the founder says he’s aiming to reach the same heights with Seera.

“Xero’s market is not to dissimilar to ours,” Birchall says.

“We believe we have a groundbreaking product and that has been proven by the response in the market.”

Earlier this year Birchall outlined his three-year plan to make Seera a billion-dollar Nasdaq-listed company, with the Series A round and ASX listing next year being key components in the roadmap.

For Ridd, it was this blueprint and huge ambitions that attracted him to Seera.

“After nearly 30 years in leadership I fundamentally believe that competencies are the key to successful talent management, so the opportunity to join and invest in Seera which provides organisations with unparalleled solutions was an easy decision,” Ridd says.

“Brad has a clear vision and growth strategy for Seera, which is crucial for a startup and appealed to me professionally.

“I look forward to supporting Brad to take his innovative competency framework technology to APAC and beyond.”