Tech is changing the world, and coming for your teeth 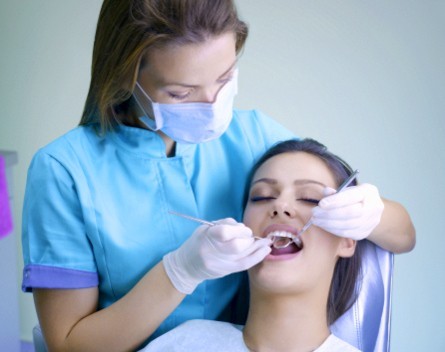 DentalHub, an online platform for dentist to patient communication and community education, has launched in Sydney in a bid to get Australia’s dentists online and more engaged in community conversations about dental health.

Launched in January, Founder Steven Lin is a dentist himself and told StartupSmart his small team was hopeful they could help reverse the alarming decline of oral health in Australia.

“There is poor communication between the dental industry and the public, which results in poor dental health outcomes,” Lin says. Half of kids under six have tooth decay, and most of the bigger dental diseases are preventable.”

The product is in its first iteration and 200 dentists across Australia are using it.

But getting the dental profession to adopt the technology may well be the biggest issue for DentalHub.

“There is a bit of resistance from the medical community, they’re busy and don’t like change and they’re into the traditions that make their jobs work,” Lin says.

“No one has shown successful ways of doing this differently yet, or even identifying the problems technology could help us overcome.”

The focus for the next six months is entirely on promoting the platform and boosting user numbers.

Lin adds there will also be an element of public education around the benefits of ehealth initiatives.

“We’ve been talking about it since the 90s and now we’re really ready to get going.”

According to research group IBIS World, the dental industry generates more than $9 billion in revenue each year and employs over 55,000 people.