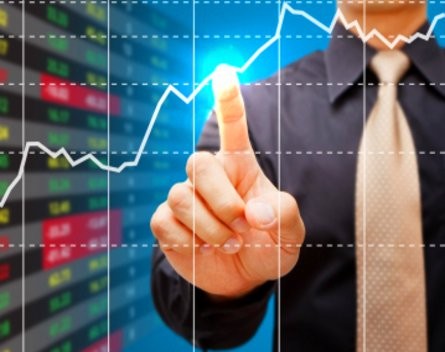 Tech start-ups have the potential to contribute $109 billion to the Australian economy, or around 4% of GDP, by 2033, according to a new report, which identifies four key ways to unlock the potential of the sector.

The report, titled The Startup Economy: How to support tech startups and accelerate Australian innovation, was commissioned by Google and prepared by PricewaterhouseCoopers.

Preliminary findings of the report, which provides a snapshot of Australia’s 1500 tech start-ups, were released in March.

Google commissioned the report after helping form #startupAUS, a new industry group that is working on a national campaign to promote the Australian tech start-up sector.

Google and PricewaterhouseCoopers have now released the findings of their report, which shows start-ups have the potential to contribute $109 billion or 4% of gross domestic product – and 540,000 jobs – to the Australian economy by 2033.

According to PwC partner and economist Jeremy Thorpe, the findings will prove useful as the start-up sector continues to grow.

“The vast majority of start-ups do not succeed – they actually fail… [Only] 40% of entrepreneurs in the start-up space, when they fail, will start again.”

The report highlights four key ways to unlock the potential of the Australian start-up sector:

In the short term, Australia needs 2000 more tech entrepreneurs each year drawn from the existing workforce.

Funding for the Australian tech start-up sector will need to increase.

Australia invests approximately $US7.50 per capita in venture capital per annum, compared to the United States ($75) and Israel ($150).

Governments are major consumers, with spending totalling $41 billion in 2012. They can become more start-up-friendly with procurement reform.

“Companies can [also] think more innovatively about how they use start-ups,” Thorpe says.

Foster a stronger and open culture of entrepreneurship

Australia has a considerably higher “fear of failure” rate than nations like the US and Canada, constraining the sector.

The tech community is key to changing this by celebrating its own success and becoming more inclusive.

According to Noble, this last point is a key takeaway.

“This is a good thing – that the community realises the fate of the sector is actually in its own hands,” Noble says.

“#startupAUS is a start-up itself. We’re still actually figuring out what the organisation’s structure will look like. It will be some form of not-for-profit.

“We want to make sure it’s very much driven by the community itself. It won’t be like your traditional government body – it will be a much more community-led organisation.

“A big part of its success will be ensuring we do provide ways for the community to collaborate… and, with any new venture, no one has a monopoly on ideas.

“Hopefully the research released today will go some way to helping to inform the debate and get to where we need to go by 2033.”