Technolog: Netflix and Fitbit are market leaders but is it all a House of Cards? 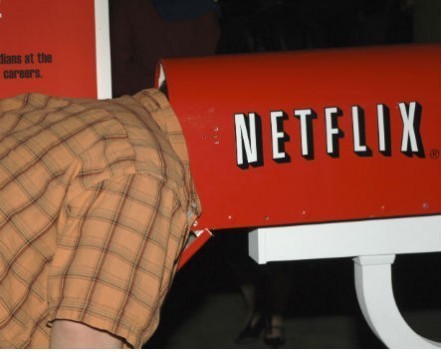 Netflix and Fitbit have established themselves as the dominant players in their respective markets. In both cases, the competition trails far behind as they are forced to follow whatever path the market leaders choose to take. Netflix beat its own estimates and added 3.3 million more users last quarter and Fitbit has seen its share price more than double since its IPO last month. Both face significant challenges however from both broad competition and in Fitbit’s case, a market that may collapse at any time.

Netflix shows that video streaming (and orange) is the new black

Netflix added 3.3 million subscribers last quarter to end up with 65 million world-wide. In Australia, Netflix has grown another 40% in June alone. The 560,000 Australian subscribers put paid to the view that Australia is a nation of pirates and that illegal downloads is a national sport.

Netflix attributes its growth to its original content, particularly “Orange is the New Black”, “Marvel’s Daredevil” and “House of Cards”. The investment in original content has come at a cost however and Netflix’s profit has fallen by 63% from last year. The amount of money that Netflix is likely to spend on original content is likely to increase dramatically as it moves to producing its own films. Netflix provoked the ire of the large US cinema chains earlier this year by announcing that it would be screening its film “Beast of No Nation” through its service at the same time as it appeared in theatres. Amazon is planning to stagger the release of its film, “Chiraq”, directed by Spike Lee. The film will appear in theatres in December and later through its own streaming service.

So far, Netflix seems to be winning in the contest for both streaming and producing popular content, but it faces a huge wall of opposition from the incumbents who will try with all means to stem the tide of change that Netflix is bringing about. Netflix has proved adept at providing the global public with exactly what they have been asking for; content that is distributed without geographical restrictions, for a reasonable price. This is something that the movie industry has avoided at all costs as it still makes money out of these restrictive practices. The more successful and dominant Netflix becomes, the greater the fight back from the movie industry in particular will be.

Has Fitbit captured the pulse of the wearables wave?

Fitbit has seen a meteoric rise in its share price in the month since its IPO. The price reflects investors’ belief that it will continue to dominate the wearables market. Fitbit currently commands 85% of the fitness activity tracker market in the US by sales. Last year, it was reported to have 50% of global tracker sales.

Fitbit has achieved its success largely because these devices were its core business. Its competitors like Jawbone got into the market as an additional line to its main business of making speakers and bluetooth headsets. Apple, whose Apple Watch was considered a competitive threat to Fitbit, has made a token effort to support fitness tracking so far. Its Activity app is a start in this regard but it falls far short of the richness of information that the Fitbit devices are able to capture and provide to the user.

The major challenge for Fitbit is the high churn rate of its customers. One analyst has estimated that 70% of the purchases in the first three quarters of 2014 were abandoned by the end of the year. This won’t matter for Fitbit in the short term as the market expands but it does mean that it could all come to an abrupt halt unless Fitbit (and others) finds a way of getting people to stick with using these devices.

One way that Fitbit is addressing this is by offering personalised training services through Fitstar, the company it purchased earlier this year. Health insurers providing incentives for customers who wear fitness trackers may be another way of sustaining tracker use. In any event, Fitbit will need to show leadership in solving this challenge if it wants to continue to dominate this industry.