Telstra gets serious about health tech, but will the public trust it? 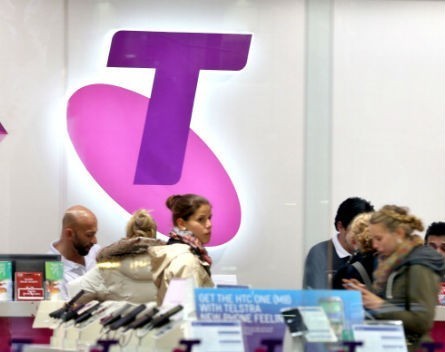 Australian telecommunications company Telstra has this week announced its intentions to significantly develop its health business. The latest addition to its portfolio of health services will come through a collaboration with Swiss company Medgate. Medgate currently offers Swiss patients the ability to consult with a doctor via telephone or computer and to order prescriptions online for home delivery.

The arrangement with Medgate will launch in Australia as Telstra ReadyCare, some time in 2015. It is unclear what the financial arrangements for this service will be and whether patients will be able to claim the consultations against Medicare or whether they will be required to pay the entire amount privately.

Telstra has spent A$100 million so far on a product and company acquisitions and investments to form the basis of its health services division. The collection of companies and technologies were by no means leaders in their individual areas, and it’s yet to be seen whether Telstra, with little background in the health business, can really make a coherent whole out of these disparate parts.

This starting point hasn’t prevented Telstra retail group executive Gordon Ballantyne from claiming that the division will grow to a A$1 billion business within five years. Given that Telstra’s health services area was responsible for just A$43 million in fiscal 2014, hitting that target would require revenues to double each year until 2019. A big ask.

Other than the fantastic growth Telstra will have to achieve to reach its revenue targets, it faces other significant challenges if it is to reach its goal. The health market generally is already saturated with a large number of products including, for example, several dominant players who control the majority of GP desktops. There is little scope to break into the market now in a significant way. This means Telstra will be battling with a large number of others over the “scraps”.

The Australian health IT sector has always been a tough area to do business in because of the nature of the Australian health environment. Federal government funding makes up a large part of the money that drives health projects in Australia and this has largely dried up as a result of the current government’s conservative budget. In fact, health spending growth as a whole has recently slowed to record lows.

Australian states have also been cutting back significantly on health IT spending, and where they are investing it tends to be on the larger system providers rather than the sorts of smaller products that Telstra and the majority of Australian IT health software companies provide.

The virtual GP market may represent a significant market opportunity, but developing it will take time as users adapt. Telstra will not be the first to offer such services. Companies like telehealth group GP2U already offer similar access to GPs online or over the telephone. Indeed, the Australian government has itself provided access to registered nurses and GPs over the telephone via its Health Direct service. This service is provided by Medibank, and with its impending privatisation it may become a significant force in the health services sector. Medibank has significantly more experience and capability of succeeding in the market Telstra hopes to enter.

The other major significant barrier Telstra faces is its brand perception with the public and whether they will trust the telco with managing their health, and more importantly, the privacy of their data.

Telstra has faced significant security breaches including up to 60,000 Bigpond customer account details being posted on the internet, and a separate incident involving the mis-posting of 220,000 letters containing account information to the wrong customers.

More recently Telstra had to retrain its staff after a large number of complaints to the ACCC about customers being misinformed about their customer rights.

On the plus side, Telstra has managed to grow and make money from different parts of its business delivering media over its home set-top device the T-Box, and in its network applications and services division. This would point to Telstra being able to take new business areas and learn how to grow revenue and profits, even possibly with something as challenging as health.

The promise of e-health has yet to live up to the hype as a panacea for our ageing, overweight, and increasingly sickly population. It will definitely be part of the solution in delivering more efficient services, but we will have to wait and see whether Telstra will be one of the drivers.

David Glance receives funding from the sale of a clinical product in the same sector as some of those offered by Telstra.